Wales Vs Denmark, Live Streaming: When And Where To Watch Euro 2020, Round Of 16 Match

Check match and telecast details of the UEFA Euro 2020, round of 16 match between Wales and Denmark -- Kick-off time, likely playing XIs, key stats 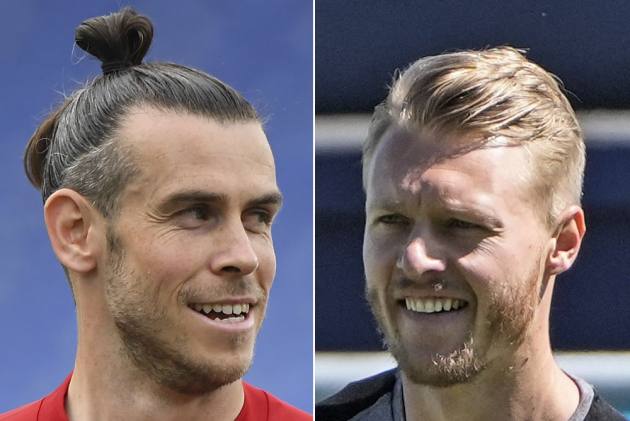 Wales take on Denmark in the first round of 16 match of UEFA Euro 2020 in Amsterdam on Saturday (June 26). This is the first meeting between the sides since November 2018, with Denmark winning 2-1 in a Nations League match. The winners of the match will take on winners of the Netherlands vs Czech Republic match in Baku for a place in the semis.

Wales finished second in Group A behind Italy with one win, one draw and one defeat; while Denmark have one win and two defeats to finish second in Group B, behind Belgium.

Denmark became the first team in European Championship history to reach the knockout stages of the competition having lost their first two group games. This is also their first appearance in the latter stages of the tournament since 2004, when they lost 3-0 to the Czech Republic in the quarter-final.

Wales have now reached the knockout stages in all three of their appearances at major tournaments (Euros & World Cup) – the 1958 World Cup, Euro 2016 and Euro 2020. They have only lost two of their last 16 competitive matches in all competitions (W10 D4), although those two defeats have arrived in their last five such matches. Also, they haven’t suffered consecutive competitive defeats since June 2019 (1-2 vs Croatia and 0-1 vs Hungary).

Head-to-head: None of the 10 previous meetings between Wales and Denmark in all competitions have finished level, with Wales winning four to Denmark’s six. The Danes have won each of their last three competitive meetings with Wales in a run stretching back to June 1999. But this is the first meeting between the sides in a major tournament.

Denmark recorded 59 shots in the group stages, with their average of 19.7 shots-per-game their highest on record in a major tournament (Euros and World Cup). Having converted just one of their first 44 shots in this tournament (2%), Denmark scored with four of their last 15 shots against Russia last time out (27%). Wales have had a combined 97 shot attempts at Euro 2016 and Euro 2020, with 49 of those coming from Gareth Bale (33) and Aaron Ramsey (16), equating to just over half of their total efforts at goal.

In their 4-1 win against Russia, Mikkel Damsgaard became Denmark’s youngest ever goalscorer at a major tournament (20y 353d). The striker has been involved in six goals in his five appearances in all competitions for the Danes (3 goals, 3 assists). Pierre-Emile Hojbjerg has three assists in his three games so far at Euro 2020, with no Denmark player recording more at a single edition of a World Cup or European Championship before.