The semifinal line-ups have been decided. New Zealand will play England, while Pakistan will clash with Australia. 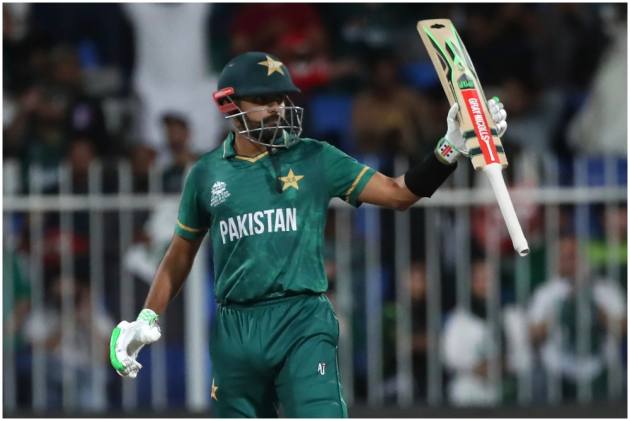 Pakistan captain Babar Azam on Sunday said their aim in the ICC Men's T20 World Cup semifinals is to maintain the remarkable momentum of the group stage where they were the only undefeated side. (More cricket New)

Pakistan beat Scotland by 72 runs for their fifth win in as many matches.

"We are confident about each other's ability. We are playing as a unit and hence playing consistent cricket. We wanted to bat first. We couldn't play well in the powerplay.

"(Mohammad) Hafeez played well and so did (Shoaib) Malik. He used his experience and played well towards the end. We have been confident. We would want to continue with the same momentum. Dubai is one of the best stadiums.

"We love the fans over here and there as well. The way they come and cheer for us is amazing," Babar said at the post-match presentation.

Scotland were stopped at 117 for six.

Pakistan face Australia in the second semifinal on Thursday.

Scotland lost all their five matches in Super 12 after winning three games in the initial stage of the competition.

Skipper Kyle Coetzer hoped the team's performance has inspired the youngster to take up the sport back home.

"Going home, we hope we have inspired people back home. If you play hard enough, you can be a part of the competition like this. We have got some fantastic players in our group. Playing in these conditions was challenging for us.

"And then we will assess what would be the challenges when we play the World Cup in Australia (next year)," he said.