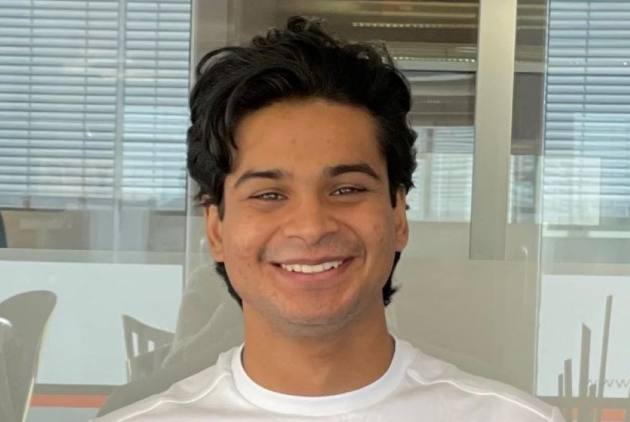 The first Indian driver to secure a full-time racing deal in Germany's DTM series, Arjun Maini has no qualms conceding that he would be up against a very difficult field but is nonetheless hopeful of a few podium finishes with his Mercedes-AMG Performance Team GetSpeed. (More Sports News)

The 23-year-old from Bengaluru will be seen in action at the DTM touring car championship in June.

"Everybody knows how big the DTM championship is and I followed it while growing up as well and now to be a part of DTM as a Mercedes-AMG driver is an honour. I am really excited," Arjun said during a virtual press conference.

"Every driver will say they want to win but it is very difficult line-up this time and we have to keep our foot down and heads above shoulders and keep working from day one.

"We had a good start last week. Of course we want to deliver some podiums and race wins but I am focussing on the small steps that we need to take to make it possible."

The 2021 DTM begins on June 18 with eight rounds and 16 races scheduled across prominent European racetracks such as Nurburgring, Monza, Assen, Hockenheimring and more.

The opening round of the season takes place from from June 18-20 in Monza, Italy.

Talking about competition, Arjun said: "It will be crazy and really high, I am expecting that, I have to the at the top of my game and have to be consistently performing at the highest level.

"You don't know what the competition is until the first qualifying in Monza. There are a lot of good drivers and teams. It is great to be the first Indian driver at DTM and hopefully will be able to get some results to the Indian team."

On the challenges posed by the COVID-19 pandemic, Arjun said: "Travel can be quite difficult these days. It is same for everyone. What is happening in the world is not ideal. Just looking to get back to racing."

Asked if he is also eyeing a stint in Formula One after this, Arjun said: "Not really, It has nothing to do with F1. My focus is on getting my performance together and I am not worried about what comes later."

Arjun had become only the third Indian after Narain Karthikeyan and Karun Chandhok to contest in the prestigious 24 hours of LeMans race.

Acknowledging their role, he said: "Karun and Narain both have been supportive of me. It is good to have two main men of Indian motorsports helping me with advice that I needed."

Arjun started his racing career with karting in 2006. He won the Indian junior championship in 2011 and took part in the 'One from a Billion' Hunt, which was run by former Formula 1 team Force India.

As the winner, he was given the opportunity to race karts in Europe. In 2013, he switched to single-seater racing, in which he enjoyed success in the F4 British Championship.

Arjun's career took him, via the Formula 3 European Championship and the GP3 Series, into the FIA Formula 2 Championship, in which he drove in 2018 and 2019 but without much luck and success.