Within four days of saying he would step down as India's T20 captain after the World Cup, Virat Kohli said he will also relinquish his Royal Challengers Bangalore to manage his workload. 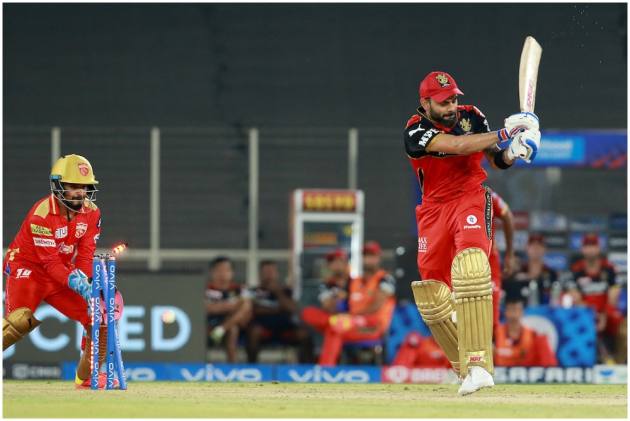 West Indies legend Brian Lara is impressed with how Virat Kohli is trying to manage his workload after the Royal Challengers Bangalore (RCB) captain announced that he would be stepping down from the position after the conclusion of the ongoing Indian Premier League (IPL) 2021 in the UAE. (More Cricket News)

The RCB superstar on Sunday announced that he would be stepping aside from the franchise’s leadership role after the tournament and wants to understand the burden and keep committing to the responsibility he has. RCB take on the Kolkata Knight Riders in Abu Dhabi on Monday in IPL 2021.

Virat Kohli to step down from RCB captaincy after #IPL2021

“This will be my last IPL as captain of RCB. I’ll continue to be an RCB player till I play my last IPL game. I thank all the RCB fans for believing in me and supporting me.”: Virat Kohli#PlayBold #WeAreChallengers pic.twitter.com/QSIdCT8QQM

“This will be my last IPL as captain of RCB. I’ll continue to be an RCB player till I play my last IPL game. I thank all the RCB fans for believing in me and supporting me,” said Kohli, who is yet to win his maiden IPL title, since taking over in 2013.

On Thursday last week, Virat Kohli had announced he will be relinquishing India’s T20 captaincy after the T20 World Cup in the UAE and Oman. The former left-hander stated that he ‘was in shock’ when he heard Kohli would be stepping down from the India role.

“I was in shock because I think he’s (Kohli) done a tremendous job, played against all the big countries – South Africa, England, New Zealand, Australia – beating all of them,” Lara said. "This is actually his first (T20) World Cup as a captain, so this will end his career as a (T20) captain after that. It's a big shock.

“I feel that sometimes it might sometimes be good to take a step away, concentrate may be on another format of the game. I have had these issues as well when I was playing, when a couple of times I stepped down as captain as it became very, very stressful,” added the West Indian.

Lara, who himself cut down on his cricket to focus on Test cricket, lauded Kohli's decision.

“I mean, it’s pretty straightforward. He has said it as clear as possible. He wants to understand his workload and keep committing to the responsibility he has. Very well put together (his statement),” Lara was quoted as saying.

“I totally understand. It's three formats of the game. When you go back, it was just Test cricket and the 50-over format. Now he is playing every format of the time,” added the former West Indies skipper, who also holds the record for highest individual score (400 not out) in Test cricket.

“There has come a time when he feels ‘listen, I need to take a step back and maybe the focus on Test cricket and 50-overs format of the game and allow somebody else to take the responsibility (in T20s)’. To me, it’s pretty clear,” the 52-year-old added.

“Proud of someone who is at the height of his career and makes a decision such as this,” Lara said.