Was Very, Very Hurt When I was Dropped After Poor Series Vs Pakistan: Gundappa Viswanath

Along with Sunil Gavaskar, Gundappa Viswanath was one of the minstays of the Indian battling line-up through the 1970s, playing some fine knocks against the best pace attacks of that era. 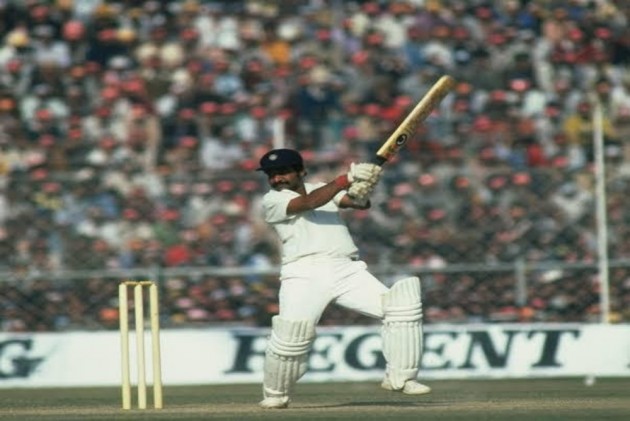 Yesteryear stylish batsman Gundappa Viswanath on Saturday revealed that he was "very, very hurt" after his distinguished career came to an abrupt end following a poor Test series against Pakistan in 1982-83.

Along with Sunil Gavaskar, he was one of the minstays of the Indian battling line-up through the 1970s, playing some fine knocks against the best pace attacks of that era.

However, a poor outing in a six-Test series against Pakistan cut short his career as he was dropped for the tour of the West Indies and subsequently could not make it to the 1983 World Cup squad.

"I was very, very hurt when I was dropped. At that time, in all the three times (innings) I took wrong decisions. It is part of the game. But in that (situation) in two innings, if I had scored well, they would not have removed me," Viswanath said on Star Sports 1 Kannada show Diggajara Danthakathe.

"Kapil's captaincy was not announced but it was almost known to everyone."

Known for his legendary square cuts and flicks, Viswanath, the first superstar batsman from Karnataka to play for India, played a pivotal role in the state's Ranji Trophy triumphs.

He quickly rose from domestic to international cricket because of his batting prowess. He came to the limelight under the captaincy of Erapalli Prasanna for Karnataka and under Mansoor Ali Khan Pataudi for India.

"Thanks to Prasanna who pushed for me initially. It helped me play for the state. Pataudi was playing for Hyderabad in the Ranji Trophy. As a part of Karnataka team, we had to play against him. He (Pataudi) saw me closely there.

"For a match playing for President's XI, New Zealand had come in 1968 and I got a chance to play. Chandu Borde was the captain and we had a good partnership," he said.

"He (Chandu Borde) recommended me to Pataudi and that's how I came into prominence much earlier than what I expected," the 71-year-old Viswanath recalled.

He scored a century on debut against Australia in Kanpur in 1969, the first of the 14 hundreds he would go on to score during an illustrious career spanning over 14 years while fetching 6000 runs.