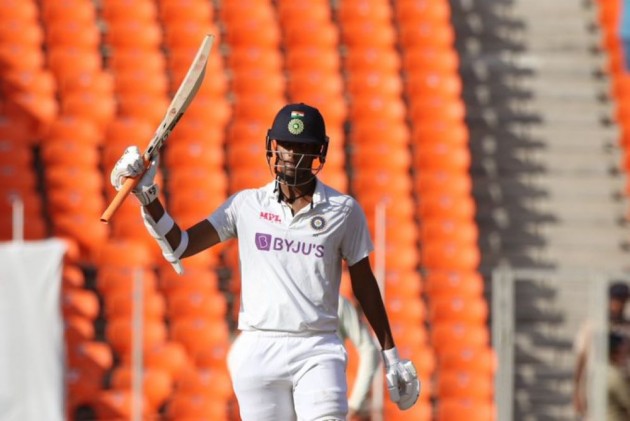 Washington Sundar was left stranded at 96 as England took three wickets in quick succession to bundle out India for 365 at Narendra Modi Stadium, Motera in Ahmedabad on Saturday.

Jaffer wrote: “Axar, Ishant and Siraj next time they meet Washington's father at a function. But seriously this 96* is no less than a hundred, very well played,” sharing the picture of hit Bollywood movie "3 Idiots.'

Axar, Ishant and Siraj next time they meet Washington's father at a functionðÂÂÂÂÂÂÂÂÂ
But seriously this 96* is no less than a hundred, very well played @Sundarwashi5 ðÂÂÂÂÂÂÂÂÂðÂÂÂÂÂÂÂÂÂ #INDvENG pic.twitter.com/V6qRXBbwfl

Overshadowed by a swashbuckling Rishabh Pant’s century, Washington Sundar and his fighting half-century almost went unnoticed on the Day 2.

But on Saturday, Day 3 of the fourth and final India-England Test match, the 21-year-old from Tamil Nadu almost registered his name in the record books.

Sundar, who started the Day 3 with Axar Patel, picked up from where he left at stumps on the second day.

Few would have forgotten his crucial stand with Shardul Thakur in Brisbane as he rescued India in the first innings and later setup a historic win along with Rishabh Pant in the second innings. In between he was accurate with the ball too to pick up wickets.

In Chennai too,  he came up with a crucial unbeaten 85 as India tried to save the first Test match.

Here in Ahmedabad with India chasing a berth in World Test Championship final, Sundar walked in when India again needed a rearguard. The youngster didn’t disappoint.

Along with Pant he was involved in a crucial 113-run partnership with Pant, happy to play second fiddle.

But after Pant departed, Sundar was quick to take on the scoring mantle and along with Axar Patel added 106 runs for the eighth wicket.

Jaffer is known for his funny tweets. Here are a few samples: