Akram, who is in Australia, tweeted that the PCB chairman's job was a specialised one and he was not up for it 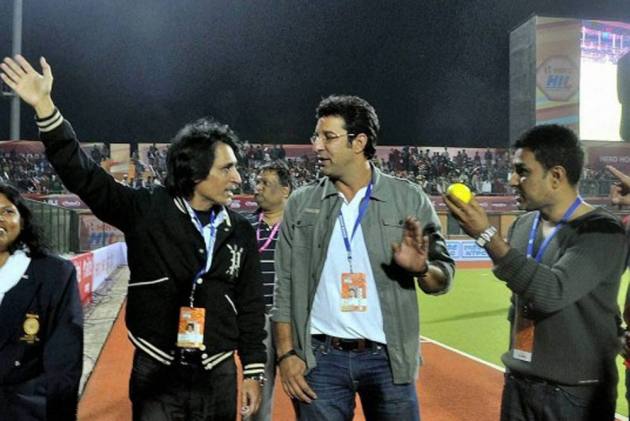 Pakistan's former captain and fast bowling great Wasim Akram has denied reports that he is interested in becoming the chairman of the Pakistan Cricket Board (PCB). (More Cricket News)

Akram, who is in Australia, tweeted that the PCB chairman's job was a specialised one and he was not up for it.

The legendary pacer, however, didn't confirm or deny whether he was offered the position by the patron in chief of the board, Prime Minister Imran Khan.

Congratulations to @iramizraja on being nominated as BOG member by PM to being PCB chairman I am confident that Rams will bring a positive change in Pakistan cricket as he has the vision and experience to achieve that.Pakistan cricket needs a big lift and my support are with you

A source aware of the developments leading to the nomination of former captain Ramiz Raja as PCB chief had claimed that the PM had also considered Akram for the post.

Ramiz was nominated by the premier to the PCB's Board of Governors which will elect the new chairman on September 13 for a three-year term.

Akram, who is an influential member of the PCB's Cricket Committee and also director cricket/coach with the Karachi Kings in the Pakistan Super League, is presently in Australia with his wife and daughter.