A jubilant Sachin Tendulkar said that he feels like Mr. India while showing off his first driverless car 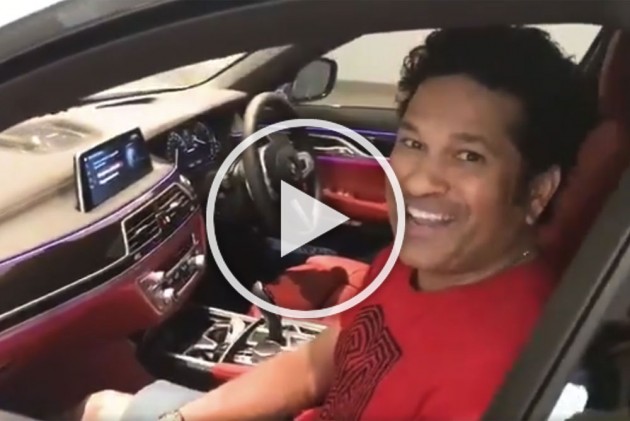 Tendulkar, 46, took to micro-blogging platform Twitter to and wrote, "Thrilling experience to witness my car park itself in my garage. It felt like Mr. India (@AnilKapoor) had taken control! I'm sure the rest of the weekend will be as exciting with my friends."

And it soon became viral with thousands of likes.

Thrilling experience to witness my car park itself in my garage. It felt like Mr. India (@AnilKapoor) had taken control! ðÂÂÂÂÂÂÂÂÂÂÂÂ
I'm sure the rest of the weekend will be as exciting with my friends. pic.twitter.com/pzZ6oRmIAt

In the video, the owner of hundred hundreds is seen sitting on the front passenger seat, and narrating his wonder as the car park itself inside his garage.

Only last month, German stable Mercedes-Benz, in a joint pilot project with Bosch revealed that they have developed an innovative parking service: the so-called "Automated Valet Parking".

And it was showcased for the first time in Mercedes-Benz Museum, Stuttgart. It is considered as an important milestone on the way to autonomous driving.

Tendulkar, arguably the greatest batsman ever lived, has a penchant for expensive cars, including a fleet of high-end BMWs.

He was once gifted a Ferrari by Formula One legend Michael Schumacher on behalf of Fiat in 2002.