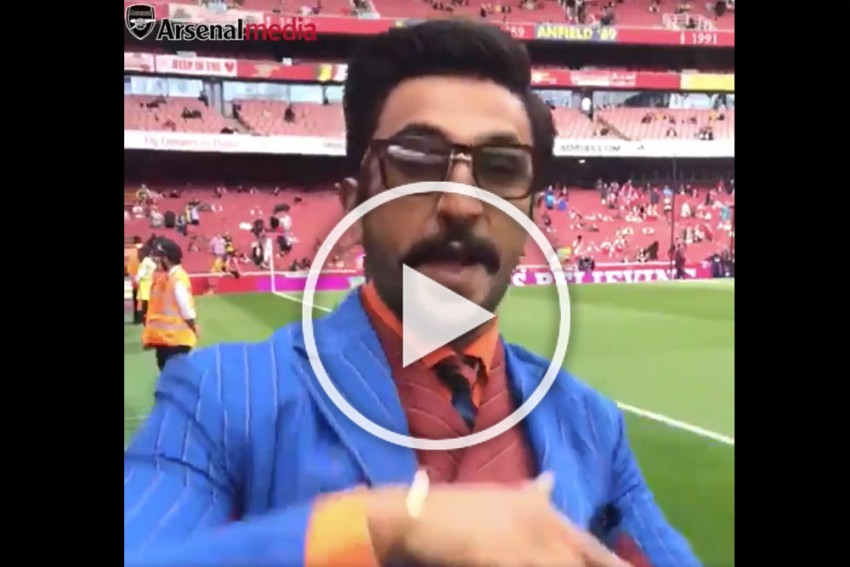 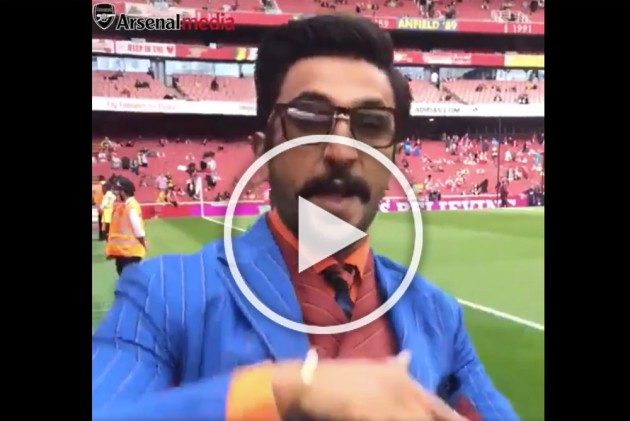 The North London derby clash between Arsenal and Tottenham Hotspur may have ended in a draw, however, the Gunners had a special fan in Bollywood actor Ranveer Singh rooting and dancing for them at the Emirates Stadium on Sunday. (More Football News)

Arsenal's official Twitter handle posted a video of Ranveer and captioned it as "@RanveerOfficial is in the house #ARSTOT".

The actor who is renowned for being an Arsenal fan has shared many posts on social media in the past showcasing his love for the club.

Tottenham Hotspur and Arsenal played out a 2-2 draw on Sunday.

Alexandre Lacazette and Pierre-Emerick Aubameyang got the goals as Arsenal battled back from 2-0 down to draw 2-2.

Arsenal coach Unai Emery was starting Lacazette, Aubameyang and record signing Nicolas Pepe all at once for the first time, and the former pair proved vital in bailing out the Gunners' haplessness at the back.

Christian Eriksen – restored to the starting XI after being benched – fittingly put Spurs in front early on after a rapid breakaway and Harry Kane made it 2-0 from the penalty spot, but Lacazette restored some Arsenal hope when thrashing home just before the interval.

That goal inspired a marked improvement from the Gunners in the second half and, although Kane hit the woodwork, Arsenal levelled through Aubameyang to seal a hard-fought point, meaning Spurs boss Mauricio Pochettino remains without an away north London derby win in the Premier League.