In a dramatic final over, Proteas needed two off the last delivery. But Tahir and Dale Steyn scampered for a single, knowing it will at least force a super over. And it happened. 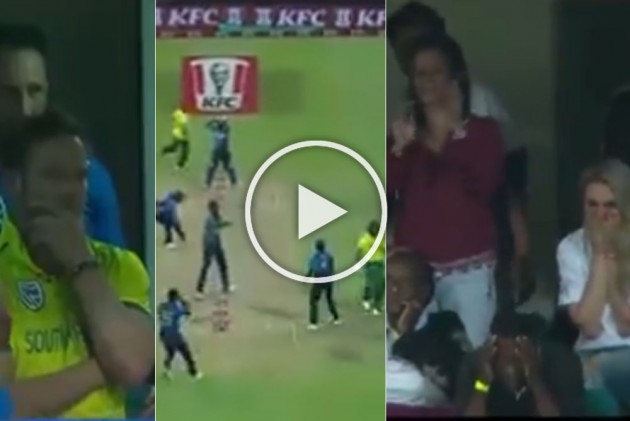 South African fielders, considered as one of the best in the business, dropped two catches and crafty Imran Tahir bowled two wides in a tense super over finish against visiting Sri Lanka in the first Twenty20 International at Newlands, Cape Town on Tuesday. But they ended up winning the match by 10 runs. And that was after David Miller hit legendary death over specialist Lasith Malinga for a six and a four to set up a 15-run target.

But that was only a part of the story. In a frenetic last over, Proteas needed two off the last delivery. But Tahir and Dale Steyn scampered for a single, knowing it will at least force a super over. And it happened, with Lankan wicketkeeper Niroshan Dickwella missing the stumps from some two metres. He could have easily completed the job by running to the stumps, as Mahendra Singh Dhoni famously did against Bangladesh sometime back. But that was what hindsight has taught us.

Watch it all here:

The T20 between South Africa and Sri Lanka was decided by a super over after this...ðÂÂÂ¤¦‍âÂÂÂÂÂÂï¸ÂÂÂ pic.twitter.com/sNeYVVEJ2R

We win the super over. Brilliant from @ImranTahirSA

Earlier, chasing a target of 135, Miller, who was playing a wicketkeeper, kept the Proteas in the match with a 23-ball 41. In the last four overs, they needed 18 off the final four overs. But ended losing five wickets for 17 runs as captain Malinga returned with figures of 2/11 from his four overs.

Then, in the super over, Miller and Rassie van der Dussen collected 14 off Malinga. In reply, Thisara Perera and Avishka Fernando could only manage to get five runs off leg-spinner Tahir.