Ashwin, opening the bowling in the second innings, got one to turn and bounce and had Rory Burns (0) edging to Ajinkya Rahane at first slip. 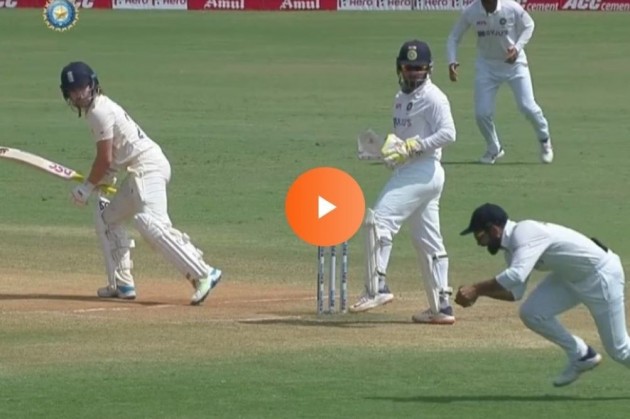 England were looking for quick runs, while India skipper Virat Kohli needed wickets so he tossed the new ball to Ashwin, who didn't disappoint. The off-spinner struck with the very first ball of second innings.

The visitors went into lunch at 1/1.

Ashwin, opening the bowling in the second innings, got one to turn and bounce and had Rory Burns (0) edging to Ajinkya Rahane at first slip.

Earlier, responding to England's mammoth 578, India were all out in 95.5 overs and fell well short of the follow-on target despite Washington Sundar's fighting knock of 85.