WATCH: It Takes A Single Slap From Harbhajan Singh To Send Singham Dubey Ji Crashing Out Of Ring 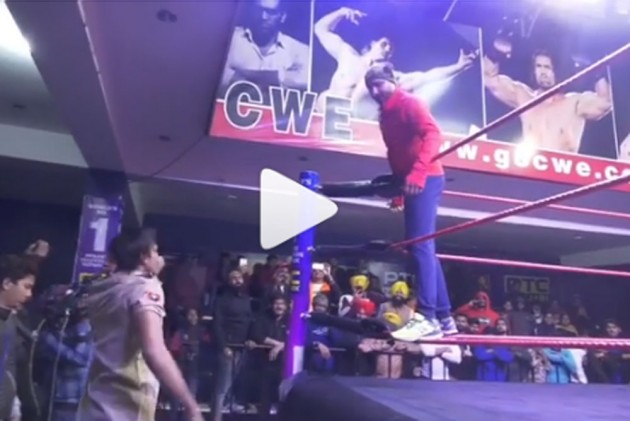 Harbhajan Singh might not be considering a change in profession, but the veteran spinner was at his elements while taking on a professional wrestler in a recent promotional event.

The celebrated cricketer, who is also a known wrestling supporter, was invited by none other than the Great Khali himself for an appearance at the former WWE star's academy, Continental Wrestling Entertainment (CWE) in Jalandhar, Punjab.

While Harbhajan was giving a speech, he was interrupted by Singham Dubey Ji. The wrestler claimed that he is the Singham of the CWE wrestling to the amusement of Harbhajan.

The Fastest Division In Two Punjabs

And as expected, it led to a duel. Here's what happened next:

He made international debut in a Test match against Australia at Bengaluru in March 1998. He last played for India in March 2016, against the United Arab Emirates at Dhaka, during the inaugural T20 Asia Cup.