In one sensational post-lunch spell on Day 5 of the fourth Test against England, India pacer Jasprit Bumrah unleashed hell 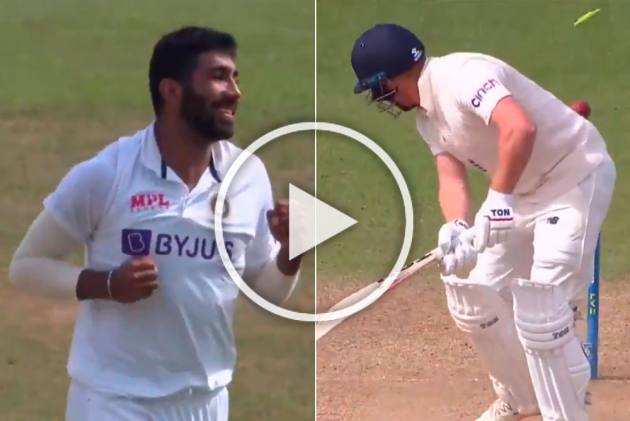 "You look at that spell by [Jasprit] Bumrah". That's what Joe Root said after India beat England by 157 runs in the fourth Test at the Oval, London on Monday.

Well, in that short statement, the England captain was not only reliving the hellish experience of facing a bowler at his brutal best, but also serving a warning to every other batsman. But it came a little late for his teammate Jonny Bairstow.

In one devastating post-lunch spell, Bumrah first cleaned up Ollie Pope with an incisive inswinger to become the fastest Indian pacer to reach 100 Test wickets.

Four balls later in that six-over spell, the 27-year-old produced an unplayable delivery, one that will leave the best in the business clueless -- an inswinging yorker which came at such ferocious pace, that Bairstow couldn't even react. Unfortunately for the England wicketkeeper, it was his fourth duck of the calendar year.

#bumrah literally took the pitch out of the equation!!pic.twitter.com/GoETN4ozKX

The one & only yorker king - Bumrah. #INDvENGpic.twitter.com/51htj8MIrD

A devastated Bairstow walked away, carrying an expression that pretty much surmised what had just happened to his stumps.

"I think you’ve got to look to find ways of getting better, but you’ve got to be realistic about things and understand that was world-class bowling,” Root added.

India captain Virat Kohli, while rating the team's bowling performance among the top-three in his captaincy stint, revealed what Bumrah said to him.

"As soon as the ball started reversing, Bumrah said give me the ball. He bowled that spell and swung the game in our favour with those two huge wickets," Kohli shared.