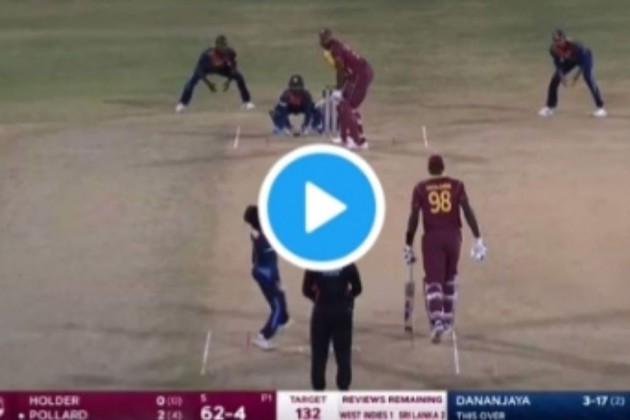 Sri Lanka spinner Akila Dananjaya went from being hero to zero in matter of minutes. Just few minutes after Dananjaya had taken a hat-trick, the spinner was smashed for six sixes by Kieron Pollard as West Indies galloped to the victory target in the first T20 international. (More Cricket News)

Dananjaya experienced a high followed by an immediate low. The Lankan spinner had claimed a hat-trick which included the wicket of West Indies star Chris Gayle for a first-ball duck.

Dananjaya became only the 15th player and the fourth Sri Lankan to take a T20 international hat-trick when he dismissed Evin Lewis (28), Gayle and Nicholas Pooran (0) with consecutive deliveries in the fourth over.

But his new-found fame was short-lived as Pollard rewrote the record books. In Dananjaya’s next over Pollard hit 6 sixes to become only the second player after Yuvraj Singh to hit six sixes in an over in a T20 international and the third player to achieve the feat in all international formats.

Yuvraj did so against England's Stuart Broad in the inaugural T20 World Cup in 2007.

Pollard said he thought six sixes was a possibility "after the third one."