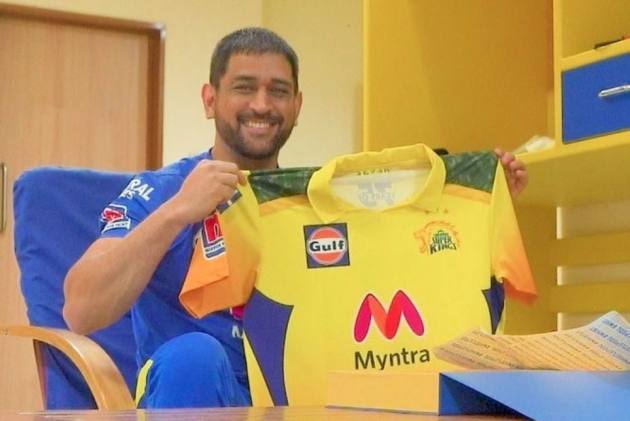 Unveiled ahead of the 2021 IPL season, the jersey also has three stars atop the franchise's logo to denote the three titles won in 2010, 2011 and 2018, besides the camouflage as a tribute to India's armed forces.

“It has been on our mind for some time now to find ways to raise awareness about the significant and selfless role of the armed forces. The camouflage is an appreciation of their service...they are the true heroes,” CSK CEO KS Viswanathan said in a release.

CSK hold the armed forces close to the heart and showed their appreciation by presenting a cheque of Rs 2 crore at the start of the 2019 IPL season, the release said.

That's not all, Dhoni is an honorary Lieutenant Colonel in the Territorial Army and also trained with the Parachute Regiment in 2019.

The jersey has been redesigned for the first time since the inaugural edition in 2008, the release said.

The camouflage on the shoulders is bordered with gold bands that signify the high standards set by the team both in terms of consistency and fair play. CSK have won the IPL fair play award six times in 11 seasons.

Myntra, the India Cements Limited, which is celebrating the milestone of 75 years, Gulf, Nippon Paint, SNJ and Astral Pipes are among the team’s principal sponsors and their logos feature on the jersey.  (FULL IPL SCHEDULE)