"No amount of controversy can take away from Shane Watson's brilliant century." 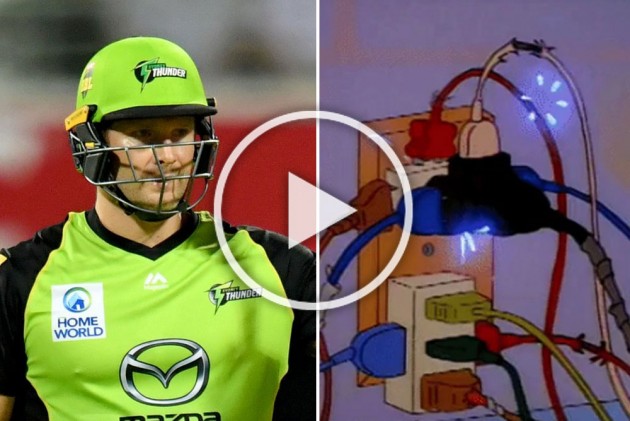 Former Australia all-rounder Shane Watson scored the first century of the 2018-19 Big Bash League (BBL) season on Thursday, but the match between Perth Scorchers and Hobart Hurricanes at The Gabba, Brisbane ended in a no result thanks to a bizarre reason - floodlight failure.

Batting first, the Thunder rode on Watson's magnificent 100 to post 186/4 in their allotted 20 overs. But the match was abandoned after the 23rd over with the Heat 10/2 after three overs.

According to cricket.com.au, "a power outage in Brisbane's East Grid shut down all the lights at the Stanley St end of the stadium to leave the fans, players and officials frustrated and powerless."

No amount of controversy can take away from Shane Watson's brilliant century.

AUS Vs IND, 3rd ODI: When And Where To Watch

Despite the unusual end to a match, fans and pundits continue to talk about the 37-year-old's brilliance with the bat.

His knock was powered by eight fours and six sixes.

Often hailed as one of the players of Australia's golden era, Watson retired from International cricket in 2016. But he continued to play in various franchise-based T20 leagues around the world.

Come March, he will be seen in action in the Indian Premier League. Last year, he single-handedly won the IPL final for Chennai Super Kings with a similarly destructive innings against SunRisers Hyderabad.