We Are Moving On, We Are Very Clear: MSK Prasad On MS Dhoni's India Cricket Team Future

Since India's exit from the 2019 Cricket World Cup, MS Dhoni has been on a sabbatical and hasn't appeared for the national team. 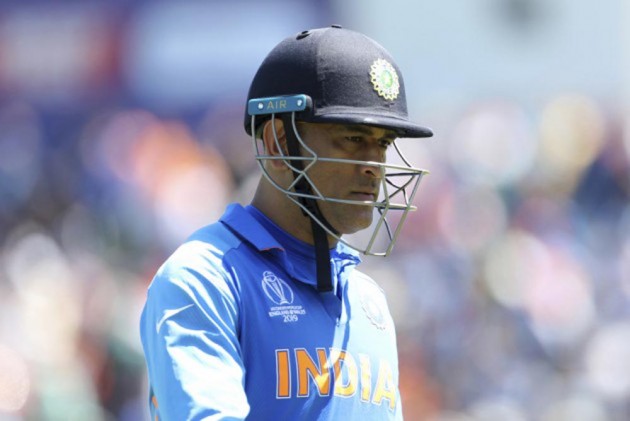 BCCI President Sourav Ganguly might have said that he will speak to the selectors as well as M.S. Dhoni before a call is taken on his future, but chief selector M.S.K. Prasad seems to be very clear with his priorities as he said on Thursday that they are looking to move ahead.

"We are moving on, we are very clear. Post World Cup we have been clear. We started backing (Rishabh) Pant and wanted to see him do well. He may not have had the best of matches but we are clear, we are focusing on him only," Prasad said after announcing the squads for the series against Bangladesh.

"We're looking at younger options after the World Cup, so you can understand our thought process. We definitely had a chat with Dhoni and he also endorses our view of backing youngsters."

But Ganguly had on Wednesday made it clear that whatever stand Dhoni has, it will be respected.

"I don't know what's in his mind. India is very proud to have M.S. Dhoni. Till I am around everybody will be respected. Dhoni's achievements make India proud," Ganguly said about his former teammate.

In fact, Ganguly also said that he is yet to speak to the former India skipper on the matter and will do so. "I am yet to talk to him. I will have a word soon with one of the greats of the Indian game.

Ganguly also brought out his own example and how he made a comeback to the team when everyone though he was finished.

"I have always said when I was left out and the entire world said 'I will never make it.' I came back and played for 4 years. Champions don't finish very quickly," he explained.

Commenting on Sanju Samson's inclusion, Prasad said that the selectors are looking at him as a middle-order batsman and not as a second wicket-keeper.

"Sanju Samson has been included as a proper batsman, Pant will continue as wicket keeper. Sanju's problem 3-4 years back was inconsistency. Now he has improved. He had a fantastic A series and wonderful Vijay Hazare. We consider him as a top-order batsman," he said.