'We Will Shoot You', Former England Cricketer Phillip DeFreitas Opens Up On Racism

Phillip DeFreitas, who took 140 and 115 wickets in 44 Tests and 103 ODIs respectively for England, said the multiple death threats that he received affected his international career as he couldn't focus on cricket. 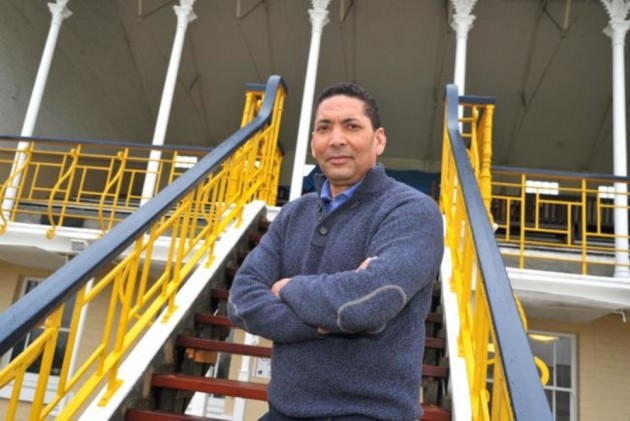 'If you play for England, we will shoot you' -- that's the kind of death threats former England all-rounder Phillip DeFreitas claims to have received during his playing days as he opened up on the raging issue of racism in sports.

The 54-year-old DeFreitas, who took 140 and 115 wickets in 44 Tests and 103 ODIs respectively for England, said the multiple death threats that he received affected his international career as he couldn't focus on cricket.

"I received hate letters from the National Front - it's not only once, I received that two or three times, saying 'If you play for England, we will shoot you'," DeFreitas said in a Sky Cricket Podcast.

"I had police looking after my house. I had a sponsored car with my name on it and I had to remove that. So can you imagine me driving down to London? I'm in a hotel two days before a Test match at Lord's and I'm thinking 'do I play or don't I? Am I going to have a sniper?

"How can I focus on playing cricket for England with all that but with my determination, I would not allow those people to beat me ever."

The death of African-American George Floyd at the hands of a white police officer in the United States has triggered global outrage against racism in society.

DeFreitas, who played for England between 1986 to 1997, said he received no support and had to fend for himself.

"I had no help, I had no support; I had to deal with that all on my own, it hurts quite a lot. I remember going home to my Mum and saying 'I don't feel like I belong there'. But I'm proud of what I achieved."

DeFreitas, who made his Test debut in the 1986/87 Ashes at the age of 20 alongside two of his heroes -- Ian Botham and Allan Lamb, said he "always felt he had to be twice as good as a white person".

"There was that feeling where you felt you were just on your own all the time. People used to say 'why don't you get involved', 'why don't you be more with the team'. You felt lonely, you felt all on your own. It was really tough.

"To have Gladstone Small and Chris Lewis playing for England was fantastic - it made you feel a bit better, but never secure. I never felt welcome; I always felt like every game was my last game. I was desperate to play for England and that kept me going."

He said he also faced rejection when he applied for a full-time role with a county.

Defreitas said he did not stand up against racism during his playing days as he was scared to lose his place in the team. He believes the current England team has the opportunity to support and send a strong message against racism.

"I wish I was able to come out and stand up for what I believed when I played, and the reasons why I didn't was because I was always afraid that I'd never play for England again or that I'd be seen as a trouble-maker," he said.

"The guys now have a great opportunity to stand up, be counted, and send the message out because this is going on and people are supporting them. I never felt I had that support. It was a scary place back then."