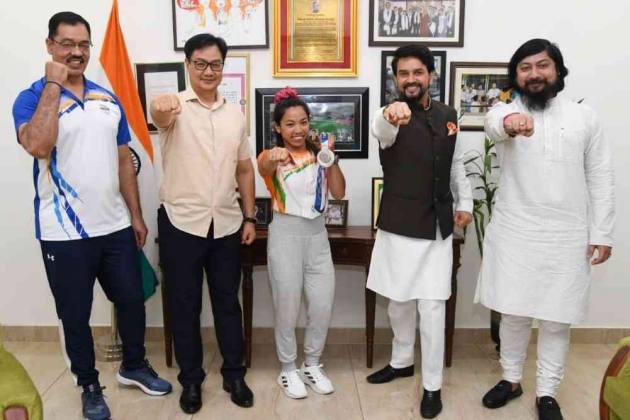 Chanu, who won a silver medal in women’s 49 kg weightlifting, flew out to the USA for the Games.
“This is a dream come true for me. I have been training for this moment for years and I am glad that it all came right for me at the biggest stage of them all, the Olympic Games," Chanu said.

Chanu also thanked the government for extending support over the years. “The trip to USA last year to address issues related to my shoulder was instrumental in my journey to this medal. I am grateful for all the support extended by the government, without which this journey to an Olympic medal would not have been possible. I would also like to say that the 'Target Olympic Podium Scheme (TOPS) had boosted my career and medal prospects,” Chanu added.

"Her success shows how the TOPS program has played a crucial role in boosting the development of our athletes and India's medal hopes. Her performance has caught the imagination of the entire nation. She will inspire a generation of athletes, even more from the north east,” Thakur said.

Minister for Law and Justice Kiren Rijiju and Minister for Tourism, Culture and Development of North-Eastern region Kishan Reddy, Minister for AYUSH, Sarbananda Sonowal and Minister of State for Youth Affairs and Sports Nisith Pramanik were also present.