Held amid the unrelenting COVID-19 pandemic, the 32nd Olympic Games came to an end on Sunday with a closing ceremony that sought to give the message of moving forward 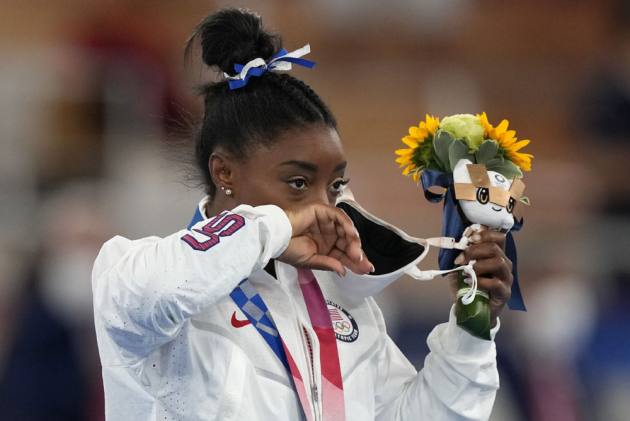 The competitive arena was not the only place where athletes were making a statement at the Olympic Games. A whole lot of them also caught the eye with what they were saying on the sidelines. (More Sports News)

Here is a look at some of the quotable quotes that came out of the Games.

"At the end of the day, we're not just entertainment. We're human, and there are things going on behind the scenes that we're also trying to juggle with, as well, on top of sports." -- American Artistic gymnast Simone Biles on the mental health of athletes.

"Not being funny, but it's not tennis where you can just have a go. You are getting punched in the face." -- British boxer Benjamin Whittaker on the many differences between boxing and racquet sports.

"My husband's Oscar actually goes in the downstairs loo. Often people mistake it for a loo brush." British diver Tom Daley on what will take pride of place, his husband Dustin Lance Black's screenplay Academy Award for the acclaimed movie 'Milk' or his gold medal.

"I don't think I'm a prodigy. I'm not very bright. I don't do well in my studies. You ask me all these questions and there's only a blank in my mind." -- 14-year-old Quan Hongchan of China after winning gold in the women's diving 10m platform.

"How long does it take to apply for a Singapore citizenship?" --
Norwegian rower Kjetil Borch, who won silver medal in men's single sculls, after being told that Singapore's Olympic champions are awarded up to one million dollars for winning gold.

"I'm all about just being different. I was going to wear a dress to the Opening Ceremony, but I didn't want to offend anyone. Some people might take it the wrong way, so this is my way of showcasing something." -- Australian boxer Harry Garside on sporting painted nails during his campaign.

"It sucks, there's no nice way of putting it." -- American Golfer Xander Schauffele on no spectators at the Games because of the COVID-19 pandemic.