Jason Holder reflected on his memorable display in Southampton, where the West Indies captain wreaked havoc against England on Thursday 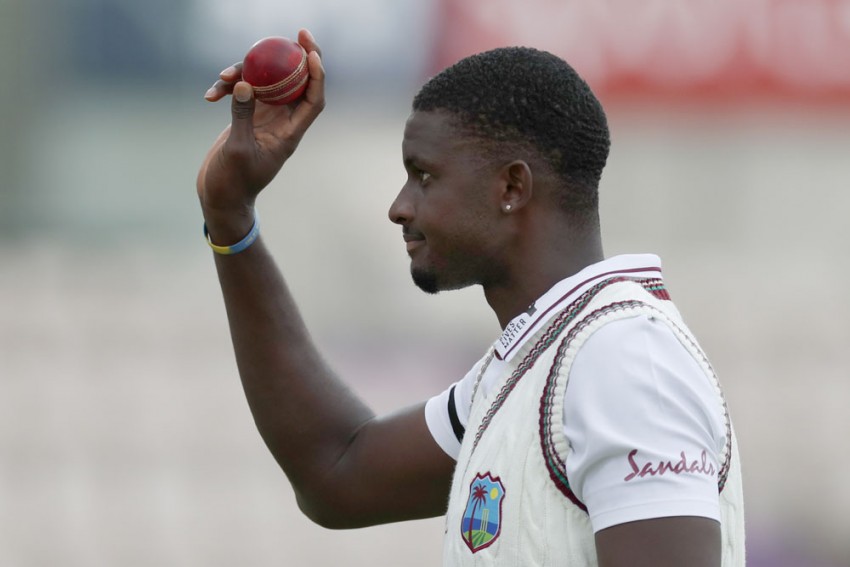 West Indies' captain Jason Holder holds up the ball as he leaves the field after taking six wickets during the second day of the first cricket Test match between England and West Indies, at the Ageas Bowl in Southampton, England, Thursday, July 9, 2020.
Pool via AP
Omnisport 2020-07-10T21:19:48+05:30 West Indies Captain Jason Holder Sets Sights On Another Feat After Five-for Skittles England 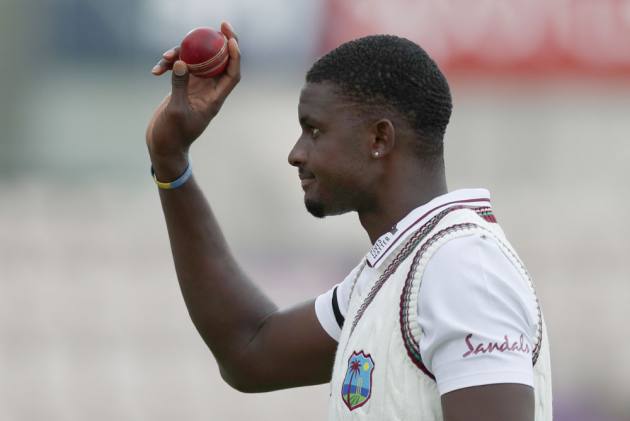 Jason Holder is eyeing a century after ticking off a five-wicket haul on English soil as West Indies piled pressure on England on day two of the opening Test. (More Cricket News)

West Indies captain Holder led by example with the ball, claiming career-best figures of 6-42 to help the visitors bowl out England for 204 before tea in Southampton on Thursday.

Shannon Gabriel weighed in with 4-62 but it was the Holder show at the Rose Bowl, where the Windies reached 57-1 at stumps – trailing England by 147 runs.

Holder's figures were the best for a West Indies captain in England and he has now taken at least five wickets in an innings in six of his past 10 Tests.

The Windies paceman revelled in his performance as he set his sights on another feat with the bat, saying: "My Test match is far from over.

"I've still got a massive contribution to make with the bat, and that's where my focus is going to be channelled now in this innings.

"One of the things I've always strived to do… was to score a hundred in England and to take a five-wicket haul here. I've ticked one box so far, so I guess it's now left for me to knuckle down and try to get a hundred."

Captain Consistent has written himself into Test cricket’s history books. Have a look at some of @Jaseholder98 stats#WIReady #ENGvWI #MenInMaroonpic.twitter.com/RCfgXsYl5c

After dismissing Zak Crawley (10) and Ollie Pope (12) before lunch on the second day, Holder then claimed the prized scalp of captain Ben Stokes (43).

Stokes and Jos Buttler (35) looked as though they might get on top of the Windies after England were reeling at 87-5, but Holder broke the threatening partnership in the middle session.

"It was a big wicket to get," Holder said. "Stokesy was looking quite set. We put down two chances and he was looking to make us pay for them. When I came on, his partnership with Jos was starting to blossom, and it was important to break that partnership quickly and not let it materialise into something that could really hurt us.

"I just wanted to be really consistent to him. He was pretty settled and countering the line that we were bowling by walking across and walking down. I was getting just enough movement there to keep him at bay, and I wanted to keep him playing."

England will have their work cut out on day three as Kraigg Brathwaite (20 not out) and Shai Hope (3 not out) return to the crease, with John Campbell (28) the only wicket to fall prior to stumps.

"They've done really well today and showed us the way to go," England paceman Mark Wood said. "We were in a similar position in the first innings and now we've got a chance to make it right like they did."

Wood added: "We haven't had the best day so plenty to do. I'd prefer a few in the wickets column rather than the pace column.

"They bowled well and got to give them credit, but 204 wasn't on the radar, we'd have liked 250 or 300. We didn't get it right with the ball, they got their line and length spot on. It's a bit of cobwebs and rust."