The 30-member squad trained in two groups on Friday and Saturday after testing conducted Thursday reported no positive cases. 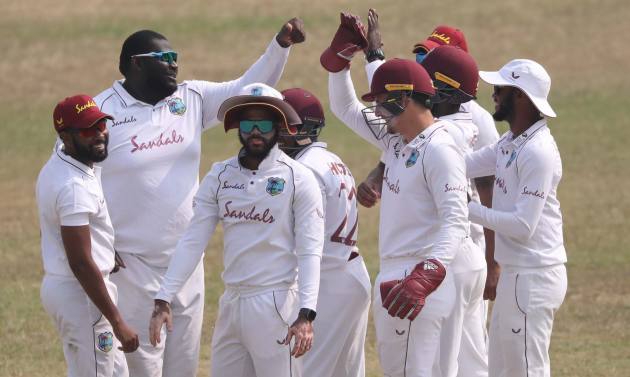 The West Indies Test squad has returned to full training at its preparatory camp ahead of the home series against South Africa after all players turned out negative for COVID-19 in the latest round of testing. (More Cricket News)

The 30-member squad trained in two groups on Friday and Saturday after testing conducted Thursday reported no positive cases.

The squad had been forced to train in smaller groups after Jamaican speedster Marquino Mindley tested positive for COVID-19 last week.

"Mindley, who has already returned one negative PCR test on Thursday, remains asymptomatic and in isolation at the team hotel,"  Cricket West Indies said in a statement on Saturday.

"The CWI medical team continues to monitor his progress, as he requires one more negative PCR test before being allowed to re-join the squad."

Head coach Phil Simmons said he will now fine tune his squad's preparation ahead of the series against South Africa.

"I am happy that we are back to full training. We are happy with the preparations up to this point and everyone is fully aware of what is required," Simmons said.

West Indies had defeated Bangladesh 2-0 away in February before drawing 0-0 against Sri Lanka in March.

The former all-rounder called for consistency from the players who have fared well in recent series.

"Yes, we had four good Test matches (against Bangladesh and Sri Lanka), but at the same time, people need to know that their position is not guaranteed unless they continue play well.

"Guys who are out, need to show that they want to get back in by doing well in these games. So, it is a benefit to every one of us," Simmons added.

The West Indies red-ball training camp is being held in a bio-secure environment ahead of the ICC World Test Championship two-match series against South Africa, scheduled to start on June 10 at the Daren Sammy Cricket Ground.

These fixtures are the final matches in the current cycle of the ICC World Test Championship. The Proteas are due to arrive here on Tuesday.

West Indies have a busy summer schedule, which includes visits from South Africa, Australia and Pakistan before the Caribbean Premier League in late August.