Never shy of having a say, Marlon Samuels, who announced his retirement, top scored in both the T20 World Cup finals triumphs for West Indies 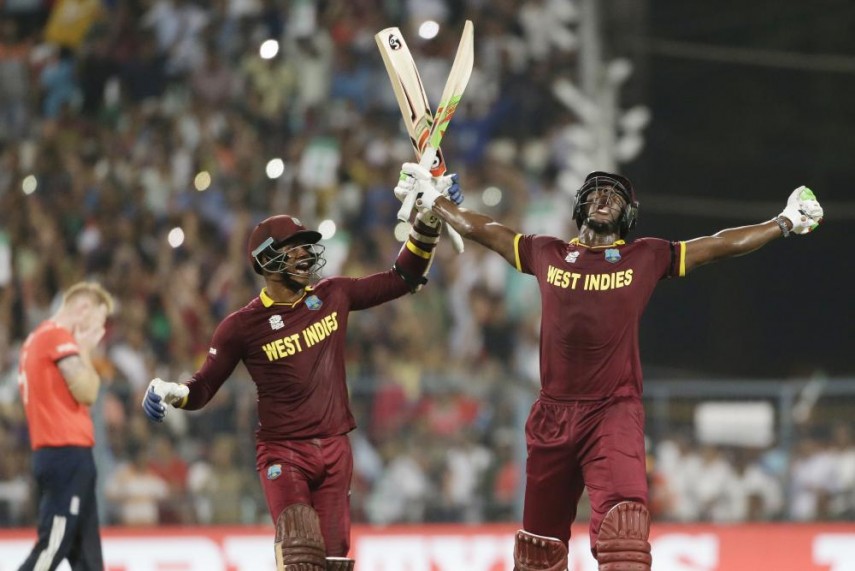 Marlon Samuels, 39, announced his retirement from professional cricket on Wednesday.
Samuels will be forever remembered for his match winning efforts in the two T20 World Cup finals, which West Indies went on to win.

Samuels career was embellished with both highs and lows and never realised his potential and talent which saw him debut for West Indies even before playing first-class cricket for Jamaica.
In 71 Test matches, Samuels scored 3917 runs averaging 32.64 with seven centuries and 24 fifties. In 207 ODIs Samuel scored 10 centuries and 30 half-centuries averaging 32.97. His T20s has 10 half-centuries in 67 matches. His right-arm off breaks fetched him 41 (Test wickets), 89 (ODIs) and 22 (T20).

His highs came in the two T20 finals that he played. Against hosts Sri Lanka, Samuels launched into an late attack carting Lasith Malinga, at his peak, for five sixes.  He came in when West Indies were struggling at 32 for 2. His assault gave West Indies a winning score and Saumels 78 runs of 56 balls.

Four years later it was time for England to bear the brunt in Kolkata. Saumels scored 85 off 66 as West Indies walked away with the title. That match still hurts England and Ben Stokes, who few days back said he won’t even wish quarantine on Samuels despite not liking him at all. His Test cricket is also littered with good performances.

He scored his century at the age of 21 at Eden Gardens, and his highest is 260 against Bangaldesh.

Now for the worst, he was almost sent home from India in 2002 when he defied team curfew and was then banned for 2 years by ICC for receiving favours and bringing the game to disrepute.

In 2014, Samuels also objected to then skipper Dwayne Bravo's decision to pull out in the middle of West Indies' tour of India over pay disparity.