Hanuma Vihari was undoubtedly India's find of the West Indies Test series as he emerged as the top run-getter with 289 runs that included a century and two half-centuries. 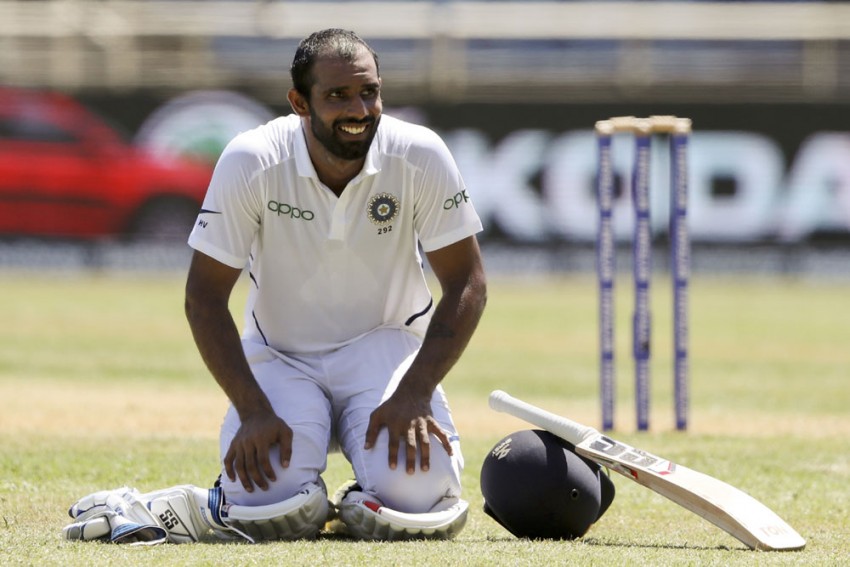 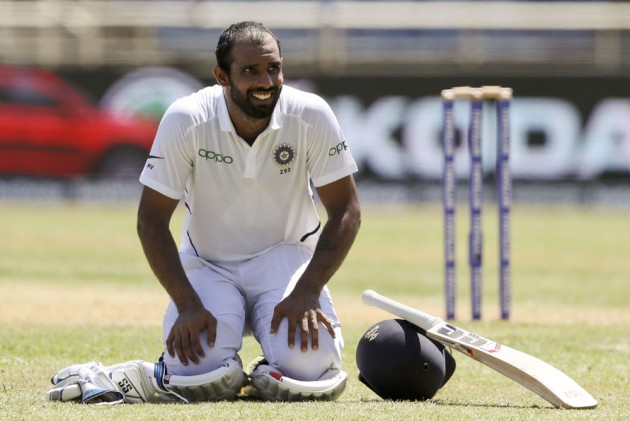 Skipper Virat Kohli is impressed with Hanuma Vihari's temperament as he youngster's self-belief spreads a sense of calm in the dressing room when he is out there in the middle.

Vihari was undoubtedly India's find of the West Indies Test series as he emerged as the top run-getter with 289 runs that included a century and two half-centuries.

No wonder his captain was effusive in his praise for the Andhra batsman.

"Hanuma was the stand-out batsman in this game. According to the surface, it was a top-class innings from him. He is someone who is sure of his game and it shows. The dressing room feels calm when he's batting. That's a quality he possesses naturally," Kohli said at the post-match presentation ceremony.

His willingness to learn from mistakes is also a quality that will take him places, feels the world's best batsman.

"He (Hanuma) is willing to improve. He accepts and corrects his mistakes and plays with a lot of heart. Always up to do anything for the team. It's a very young career so far but he's shown why he's been backed and selected in this team," the skipper said.

The skipper was happy in the manner the victory was achieved.

"It was pretty comprehensive again. Played really good cricket over four days. Getting result in manner that you want is crucial. We were in some tricky situations. Took a lot of character from the boys collectively."

Kohli, who won a record 28th Test as captain, attributed to the bowling unit, which has played its role in one victory after another.

"It's a by-product of the quality team we have here (becoming the most successful Indian captain). If we didn't have the bowlers we have, these results wouldn't have been possible.

"If you see these guys running in - Shami's spell today, Bumrah after having a small niggle, Ishant bowling his heart out, Jadeja bowling a long spell. Captaincy is just a C in front of your name. It's the collective effort that matters," the skipper was modesty personified.

"For us, it's just the start of the (World Test) Championship. Whatever's happened in the past is irrelevant," he said.

While West Indies batting was shoddy, Kohli rated their pace attack as top-class and as good as any top team in world cricket.

"West Indies would know the areas they need to improve on. From the bowling point of view, they were outstanding. Jason (Holder) and Kemar (Roach) were the standout bowlers. Their bowling attack with the red ball here is as lethal as anyone. If they get enough runs on the board, they'll be a very dangerous opposition in Test cricket," the skipper concluded.