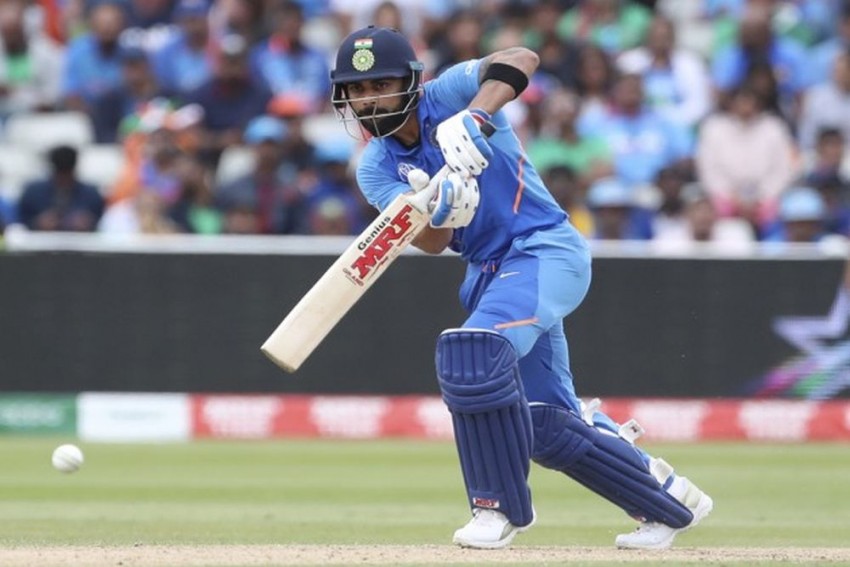 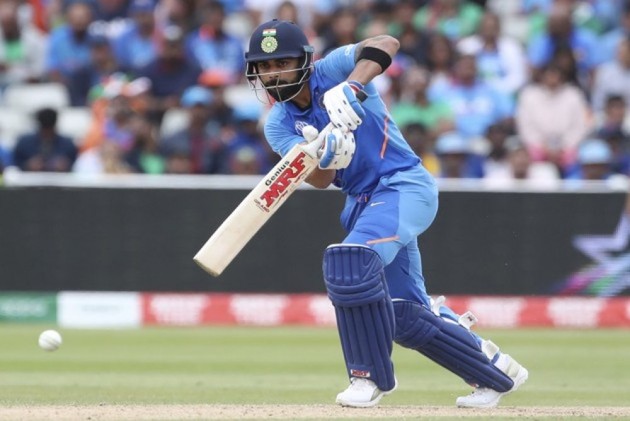 Krunal Pandya (Player of the Series): "Quite satisfying. Played all three games. To contribute to winning way feels good. I am not thinking where I am playing, my main focus is to improve every day, every game."

Deepak Chahar (Player of the Match): "Atmosphere was good for swing bowling. Plan was to make the new ball move, and bowl full. Good weather helped. I didn't know I was going to bowl the new over, because Sundar was bowling in the early games. But weather and wicket was good so I enjoyed. Plan was to bowl outside off to left-handers, because they want to play towards midwicket. I tried to first assess how much swing there was, and then chose how to bowl - whether to deliver the inswinger or the outswinger. Once I noticed movement, I focused on the inswingers. If the ball comes inwards, then it's difficult for batsmen because there are more wicket-options like leg-before, bowled or caught behind."

00:28 hrs IST: SIX! That's it. Pant finishes it off in style. India complete a clean-sweep. Pant remains unbeaten on 65.

00:11 hrs IST: FOUR! Flighted delivery from Narine, Kohli rocks back and hits it through square leg. Completes his half-century, first in the series and 21st overall. What a player! India are 120/2 after 16 overs, need 27 off 24. Pant 43*. Cottrell comes back into the attack.

23:26 hrs IST: OUT! Flatter delivery from Allen, a bit quicker too, Rahul dances down the track to go for the big shot but misses and Pooran does his job behind the stumps. Rishabh Pant comes to the crease. India are 27/2 after 5 overs.

23:11 hrs IST: OUT! Short ball from Thomas, on leg stump, Dhawan goes for the pull to the fine leg boundary but doesn't find the gap and Cottrell takes a simple catch at short fine leg. Virat Kohli comes to the crease. India are 10/1 after 2 overs.

23:03 hrs IST: SIX! Touch full from Cottrell, Rahul moves forward and creams it over long-off for a maximum. India are 6/0 after the first over. Oshane Thomas comes into the attack.

22:59 hrs IST: Time for India's chase. KL Rahul and Shikhar Dhawan are at the crease. Sheldon Cottrell to open the attack.

22:48 hrs IST: That's it. Sixteen runs off the final over. The Windies finish on 146/6. India would be happy with their performance but they can't afford to take the hosts lightly. We'll be back shortly with India's reply.

22:38 hrs IST: OUT! First wicket for Rahul in international cricket. Short ball, Brathwaite goes back and looks to power it over mid-wicket but gets the toe-end of the bat and miscues it straight to the fielder (Sundar) at long-on. Fabian Allen comes to the crease. West Indies are 121/6 after 18 overs. Bhuvi to bowl the penultimate over.

22:29 hrs IST: OUT! Pollard fails to read the slower ball. Full and the Windies No. 4 is through his drive too early. The ball goes past his defense. End of a fine innings! Second wicket for Saini. Carlos Brathwaite comes to the crease. West Indies are 108/5 after 16 overs.

22:19 hrs IST: OUT! Length ball from Saini, Pooran looks to run it down to third man, but gets a thick edge and Pant does the rest behind stumps. Rovman Powell comes to the crease. West Indies are 84/4 after 14 overs.

22:06 hrs IST: SIX! Tossed up from Krunal, Pooran smokes it in the gap between deep mid-wicket boundary and wide long-off for a maximum. West Indies are 65/3 after 11 overs. Pollard 34*, Pooran 13*

22:02 hrs IST: SIX! Fuller delivery from Sundar, Pollard gets into position early and hammers it over wide long-on. Shot! 12 off the over. West Indies are 58/3 after 10 overs. Pollard 33*, Pooran 7*. Krunal Pandya comes into the attack.

21:46 hrs IST: Another magnificent over from Chahar, only one off it. West Indies are 22/3 after the end of Powerplay. Pollard 8*, Pooran 0*. The other Chahar - Rahul - comes into the attack.

21:42 hrs IST: SIX! Slightly full from Saini, Pollard hits it straight over the bowler for a maximum. Easy pickings! West Indies are 21/3 after 5 overs. Pollard 7*, Pooran 0*

21:38 hrs IST: OUT! Chahar on fire! Another one bites the dust. Pitched outside off to Hetmyer, nips in and hits the pad. Nicholas Pooran comes to the crease. West Indies are 14/3 after 4 overs. First change in bowling. Navdeep Saini comes into the attack.

21:33 hrs IST: OUT! Lewis has been adjudged LBW. He decides to review. Pitched on off and it comes back in to hit him on the front pad's knee roll. No inside edge and the UltraEdge confirms it. Kieron Pollard comes to the crease.

21:28 hrs IST: FOUR! Too short from Bhuvi, Lewis pulls it off his pads to the square leg boundary. First boundary of the innings. Costly over from the Indian, nine off it. West Indies are 13/1 after 3 overs. Lewis 10*, Hetmyer 1*

21:24 hrs IST: OUT! Touch short from Chahar, Narine looks to smack it over mid-on but gets only a toe end. Saini times his dive to his right well to complete a fine catch. What a start for India! Shimron Hetmyer comes to the crease. West Indies are 4/1 after 2 overs. Bhuvi to continue.

21:18 hrs IST: Lewis gets off the mark with a single towards mid-on. Excellent start from Bhuvneshwar. Gets the ball to move on multiple occasions. West Indies are 1/0 after the first over. Deepak Chahar comes into the attack.

21:10 hrs IST: The main cover is now off. There was a slight drizzle. We should be starting soon.

20:48 hrs IST: India have won the toss and have opted to field. Rahul Chahar to make his debut.

20:31 hrs IST: The inspection is on. We should have an update soon.

20:01 hrs IST: Rohit Sharma and Carlos Brathwaite are having a chat with the umpires. Looks like Virat Kohli will be rested. Stay tuned for further updates.

19:24 hrs IST: GOOD NEWS - It has stopped raining. The sun is out. Covers are being removed. We'll have a delayed start due to wet outfield.

19:10 hrs IST: It's raining currently in Guyana. The start could be delayed.

DO YOU KNOW? The highest team total at the Providence Stadium, Guyana is 191/5.

It is the end of an era for Dale Steyn in the Test arena but there have been no shortage of magic moments from the South Africa great. The paceman has opted to call it a day in the five-day format in order to prolong his career and retires as the Proteas' all-time leading Test wicket-taker on 439.

While the past few years of his career have been injury-hit, in his pomp Steyn was among the most dangerous quicks in the world. Here’s a look back at some of his very best Test performances for South Africa.

WEATHER UPDATE - Thunderstorms are forecast in Georgetown, Guyana just before start of play.

Virat Kohli (India captain): "Starting with the new ball, the way [Washington] Sundar has bowled against guys who come hard at the ball, he's done a tremendous job."

Rovman Powell (Windies batsman): "We think this Indian team is beatable and it's just for us to string together good performances to show people that."

18:11 hrs IST: Hello and welcome to Outlook's live coverage of the third and final T20 between West Indies and India. Promises to be an exciting contest!