Chris Gayle slammed 72-runs off 41 balls against India, but West Indies lost the match in the three-match ODI series, 2-0. The first match was abandoned due to rain. Gayle revealed that he hasn't retired yet until any further notice. 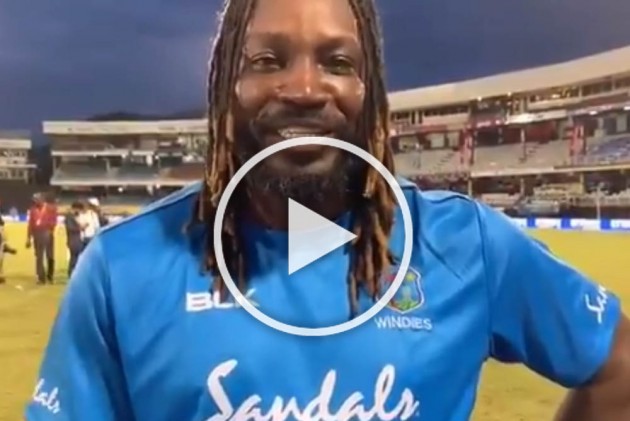 West Indies swashbuckling batsman Chris Gayle was expected to retire after his side's third ODI Vs India in Queen's Park Oval. But now it looks like the veteran will be staying for quite sometime after he denied rumors that he would be signing off.

In a video posted by Windies Cricket, Gayle clears the speculation and states that he hasn't called it quits yet.

"I didn't announce any retirement. Yeah, I am still with West Indies cricket until any further notice," he said.

In the 3rd ODI, he slammed 72-runs off 41 balls, but West Indies were still defeated by India by six wickets. Khaleel Ahmed dismissed Gayle, who received a standing ovation from the Trinidad crowd. Also every Indian player congratulated Gayle, which led to rumors that he had played his last match for Windies.

After dismissal, he was seen doing the famous high-five with Virat Kohli.

Gayle is his team's all-time run-scorer in ODIs with 10480 runs from 301 matches. He made his ODI debut in 1999 against India. He has notched 25 tons and 54 half-centuries in ODI cricket.

India defeated West Indies to make it 2-0 and to win the ODI series.