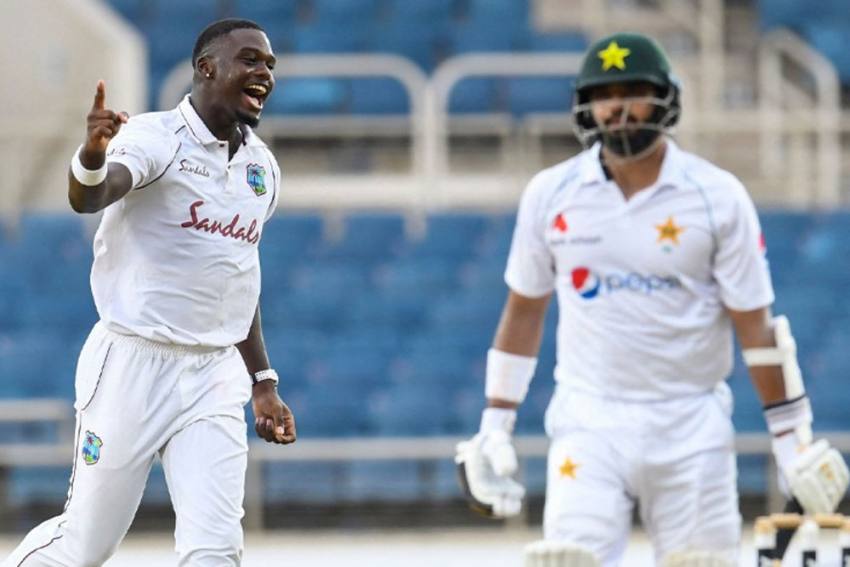 Pakistan were in a good position after a poor start to the innings. At the close of play on Day 1 of the 2nd Test at Sabina Park, Kingston in Jamaica, the visitors were 212/4 in 74 overs with Mohammad Rizwan and Faheem Ashraf unbeaten on 22 and 23 runs respectively. Put in to bat by the West Indies, Pakistan lost both the openers Abid Ali and Imran Butt for one runs each inside the third over to Kemar Roach and Jayden Seales. Roach then removed Azhar Ali for a duck in the fourth over to leave Pakistan reeling at 2/3. But an (unbeaten) 158-run stand between skipper Babar Azam (75) and Fawad Alam (retired hurt on 76) put the visitors back in charge. Then Roach got his third in the form of Azam's wicket. Towards the end of the day, Pakistan scored freely, adding 40 runs in the last overs. West Indies won the series opener by one wicket at the same venue to take a 1-0 lead in the two-match series. Catch Day 1 highlights and cricket scores of the second WI vs PAK Test match here:

8:10 PM IST: West Indies have won the toss and opted to ball first.  Both the teams have made one change each. Pakistan bring in Numan Ali in place of Yasir Shah, while for hosts West Indies Alzarri Joseph replaces Jomel Warrican