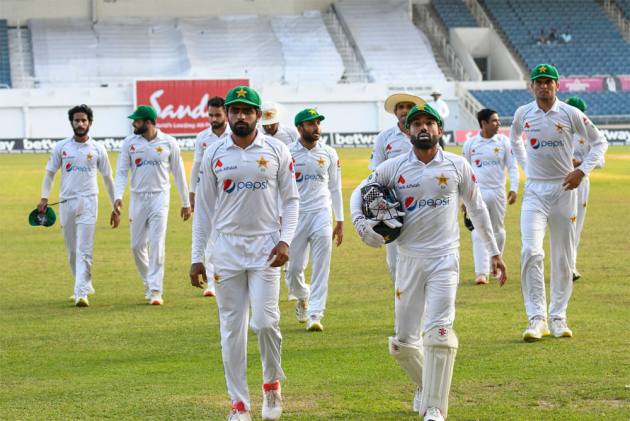 Pakistan produced an emphatic 109-run win in the second and final Test against West Indies to share the spoils 1-1 at Sabina Park, Kingston. Windies won the first Test match by one wicket. The final day started with Pakistan needing nine wickets while the Windies 280 runs. But it ended with the Windies only making 219 early Wednesday morning (India time) as Shaheen Afridi completed his maiden 10-wicket haul in a match even as rain and bad light threatened to compromise their pursuit for a series-levelling win in Jamaica. The 21-year-old pacer scalped four in the Windies' second innings, including that of Kemar Roach -- the final wicket, to wrap up the series and won both the man of the match and man of the series awards. He was helped by spinner Nauman Ali, who claimed three wickets. But the foundation for Pakistan's win was laid by Fawad Alam, who scored an unbeaten 124 in the first innings after fighting fatigue. And of course, Pakistan's cause was helped by the brave approach taken by the skipper Babar Azam, who declared both the innings at 302/9 and 176/6. For the hosts, none of the batsmen reached the 50-run mark with Jason Holder top-scoring with a 47-run knock in the second essay. The former skipper also contributed with four wickets in the match. Captain Kraigg Brathwaite, who won and opted to bowl first, played a patient 147-ball knock for 39 runs to kept the one end save, but it was not going to be enough against an inspired Pakistani side. The win also helped Pakistan open their ICC World Test Championship points account. Catch Day 5 highlights and cricket scores of the second WI vs PAK Test match here: