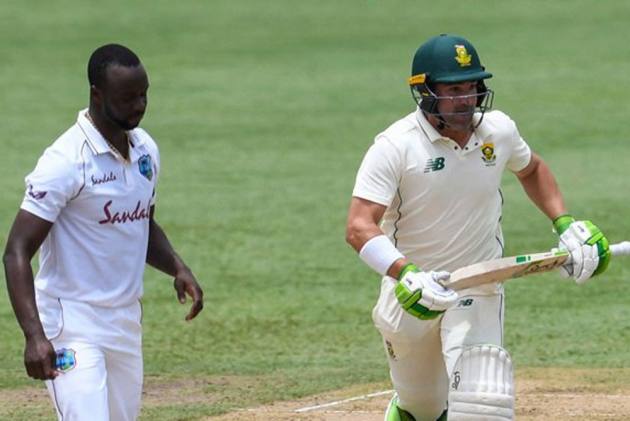 South Africa crumbled but still managed to set hosts West Indies a massive fourth innings target of 324 to win in the second Test match at Daren Sammy National Cricket Stadium in St Lucia.
South Africa recovered from 73/7 thanks to a 70-run partnership between Rassie van der Dussen and Kagiso Rabada. Kemar Roach (4-54) and Kyle Mayers (3-24) helped the hosts reduce South Africa to 73/7.  West Indies, who had conceded a 149-run first innings lead, hopes of restricting SA to a small total were dashed by Kagiso Rabada and van der Dussen partnership. Rabada made 40, while van der Dussen remained unbeaten on 75, studded with five fours and a six. West Indies were 15/0 at stumps still trailing by 309 runs. Catch Day 3 highlights of the second Test match between West Indies and South Africa: