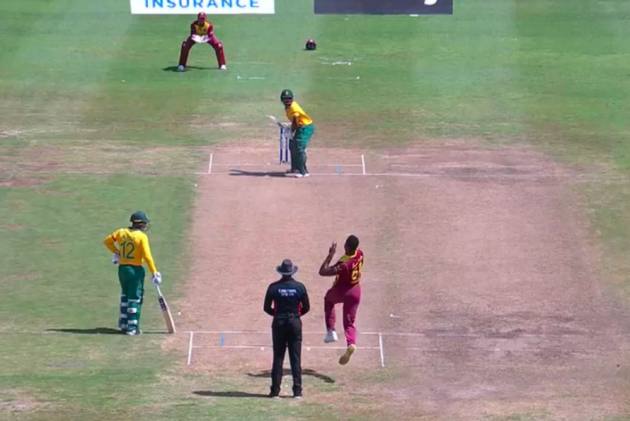 An ensemble cast of West Indies stars started the T20 International series against South Africa on a rousing note, thrashing the Proteas by eight wickets with five overs to spare. Then, the Windies suffered back-to-back defeats and now, they stare at a possible series defeat. (More Cricket News)

In all three matches, Windies captain Keiron Pollard won the toss and every time, he opted to bowl first. And surprisingly, South Africa have scored 160 in the first, 166 in the second and 167 in the third. It showed the visitors' inability to score big, but also their tenacity to get things done, defending 166 and 167 runs successfully, by 16 and 1 runs respectively.

It's likely to be another close encounter when the two teams meet again at St George's, Grenada Thursday. But the onus will be on the hosts to keep the series alive.

Head-to-head: This will be their 14th meeting in the 20-overs format. South Africa lead the head-to-head record 8-5.

Playing XIs in the 2nd T20I