Zinedine Zidane has made it clear he wants Gareth Bale to leave Real Madrid, so where can the Wales forward go next? 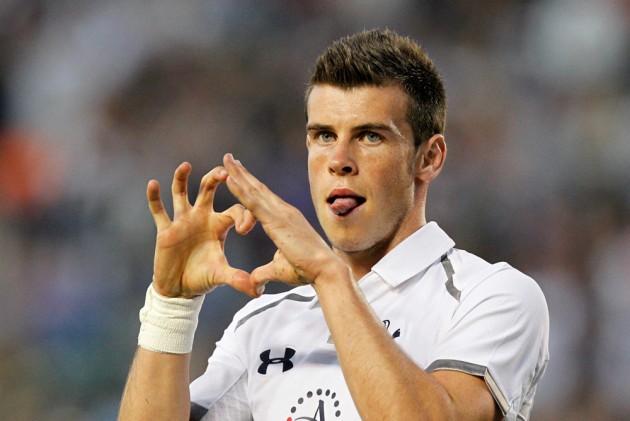 Gareth Bale's days at Real Madrid appear to be numbered after head coach Zinedine Zidane confirmed the club are working on a transfer for the forward.

Zidane was billed a "disgrace" by Bale's agent Jonathan Barnett, who has previously confirmed the coach and player have a fraught relationship, with the Frenchman seemingly not valuing Bale's ability despite his contribution to three consecutive Champions League titles.

It was Bale's double that sealed Madrid's last European crown a year ago, a stunning overhead kick contributing to a 3-1 defeat of Liverpool in Kiev that proved Zidane's last match in charge - soon after he announced his shock resignation.

But Zidane is back and seemingly set on selling Bale, so what are the options available to the Wales international now the Madrid coach has clearly signalled he has no place for him?

The romantic option, a return to Tottenham would enable Bale to play first-team football and slot back into a club where he became a global superstar. Finances would surely scupper a permanent move although Spurs have smashed their club record to buy Lyon midfielder Tanguy Ndombele and are reportedly considering doing so again to sign Giovani Lo Celso from Real Betis. An initial loan has been mooted but Madrid would still likely have to cover a large portion of Bale's massive wages - how desperate are they to move him on? Bale would certainly improve Mauricio Pochettino's forward options and a front three of Son Heung-min, Harry Kane and Bale looks incredibly strong on paper.

To all the Spurs fans, your support the last 6 years has been incredible and I'll never forget it, thank you #COYS

Bale has long been linked with United, but their failure to qualify for the Champions League does not make them an attractive option for top-level players right now although they remain among the world's biggest clubs. Ole Gunnar Solskjaer has also indicated he is willing to put his faith in young players such as the talented teenager Mason Greenwood, who has impressed in pre-season to force his way into first-team contention at Old Trafford despite being just 17. Bale would be an upgrade on United's wing options but they seem to be going in a different direction with the arrivals of Dan James and Aaron Wan-Bissaka signalling a long-needed change in transfer policy. Madrid's reported interest in Paul Pogba could see Bale offered to United as part of a potential deal, though.

If PSG lose Neymar - the club confirmed recently he wants to leave - they will have room for another elite talent and Bale might just fit the bill. Whether moving to what is essentially a one-team league due to PSG's financial firepower is attractive to the Welshman is unclear, but teaming up with a thrilling talent like Kylian Mbappe could be persuasive. PSG are also one of a very small number of teams who could pay Bale the wages he has become accustomed to earning in Madrid and he has plenty of experience of winning the Champions League, which remains PSG's goal.

According to the bookmakers, Bale's most likely next destination is the Chinese Super League. Finances are again the key here, although CSL clubs have shown a reduced willingness over the last 12 months to pursue the most expensive players on the market due to a change in the league's regulations, which means they must pay considerable taxes on top of large transfer fees. Bale has been unable - or perhaps unwilling - to learn Spanish while in Madrid so it would be interesting to see how he would fare with the culture clash in China.

Pre-season training with the boys.  pic.twitter.com/7lcqN3WiqD

Reports in Spain previously claimed Bale is happy to see out his contract at the Santiago Bernabeu, which still has three years to run. It would be a tempting option given no other clubs are likely to match his pay packet, while the lack of stability in the dugout could play in his favour. Zidane was Madrid's third permanent head coach last term and failed to inspire any significant improvement in the latter weeks of the 2018-19 campaign. Although the Frenchman has considerable credit from his trio of consecutive Champions League titles, it is not impossible to see Madrid starting the season poorly and president Florentino Perez opting for yet another change of head coach. Another man in charge could see Bale as an asset so the 30-year-old may choose to stay put for now.