Who Are Renuka Singh, Meghna Singh And Yastika Bhatia?

All the three players - Renuka Singh, Meghana Singh, and Yastika Bhatia - made their international debut during India women's tour to Australia last year. The trio showed potential of being future stars for India. 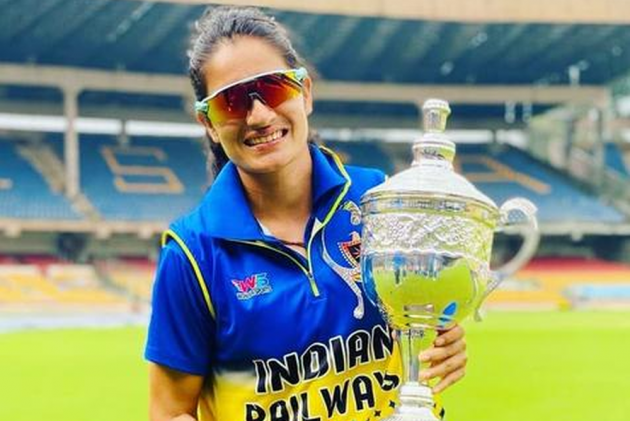 The BCCI on Thursday announced the women’s squad for the upcoming five-match ODI series against New Zealand and the World Cup that takes place following the series. The names of fast bowlers Renuka Singh and Meghana Singh, and batter Yastika Bhatia too were included in the 15-member squad. (More Cricket News)

All the three players were impressive in their respective performances in the tour of Australia last year. While the inclusion of Renuka and Meghana for the outing Down Under was done to make the fast bowling armoury stronger, Yastika made a cut after warming the benches in the preceding outing to South Africa.

The tour of Australia didn’t disappoint the three players as all of them got a chance to play for India and the trio, in return, paid rich dividends, showing the potential of being future stars for the side.

Who is Renuka Singh?

The right-arm pacer from Himachal Pradesh lost her father at an early age but lived up to his dream to see his daughter for India. Renuka, who was the leading wicket-taker in BCCI Women’s One-Day tournament in 2019 with 23 scalps to her name, got the national call-up riding on her impressive domestic performance over the years.

Her control over the line and length in bowling and the inswingers also played a huge role in her getting the attention of selectors. Renuka had a good outing in Australia, registering an overall economy of 6.25 in the two games she bowled, besides claiming a wicket.

Getting a chance to feature in the World Cup team that too without a prior ODI experience just shows the amount of quality Renuka possesses and the trust that the selectors have in her.

Who is Meghna Singh?

Another fast bowler who shone in the Australia tour last year was Meghna Singh. The Uttar Pradesh-born pacer is the daughter of a security guard. Failing to find a good coaching centre nearby her village in her early days in Bijnor, Meghna used to travel 24 kilometers to train herself.

The 27-year-old is a right-arm medium pacer. She has a distinctive quality to swing the ball outside and is adept at bowling with the new ball. She registered an excellent bowling economy of 4.85 in her maiden ODI series against Australia. In the one-off Test too, Meghna returned figures of 2/66.

Who is Yastika Bhatia?

The multitalented Indian player certainly impressed the selectors with her match-winning fifty in the third and final ODI against Australia last year. The left-handed batter was also selected for the preceding South Africa tour, but failed to feature in any of the games. However, when she got an opportunity to showcase her talent during the series Down Under, she didn’t shy away from doing what she does the best.

Yastika, who hails from Baroda, Gujarat, has also excelled in other sports like swimming and badminton. She is a black belt in karate too. Being a southpaw herself, Yastika idolises Adam Gilchrist and Smriti Mandhana.

The batter will have a lot of responsibilities on her shoulders as she has been picked for the New Zealand series and all-important World Cup at the cost of star player Jemimah Rodrigues.