Who Is Aditi Ashok

Aditi Ashok, 23, is playing in her second Olympics and is placed second with 12-under at the end of third round at Tokyo Olympics 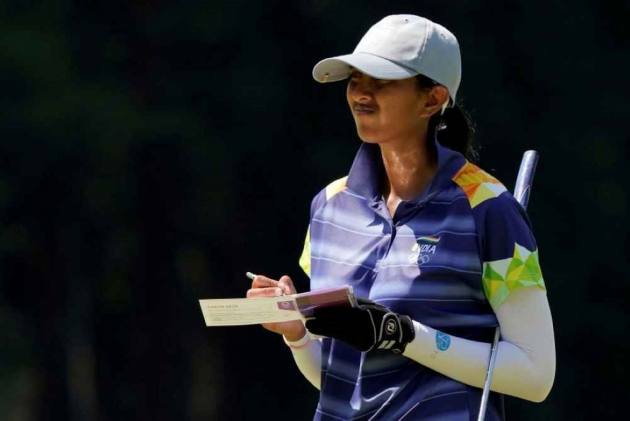 As off third round, the Indian golfer Aditi carded a three-under 67 in the third round to hold on to the second position and remain in strong contention for the country's maiden Olympic medal in the sport as off on Friday.

The Bengalurean has her mother, Maheshwari, as caddie.

Aditi Ashok scored five birdies against two bogeys and moved to 12-under, three strokes adrift of leader Nelly Korda of USA who carded a two-under 69 in the penultimate round.

The other Indian golfer in fray, Diksha Dagar, remained in the lower half of the leaderboard after an erratic one-over 72, her third successive over-par card of the week.

This is Aditi's second Olympic appearance. She had finished tied 41st in the 2016 Rio de Janeiro edition.

Born in 1998, Aditi Ashok started playing golf at the age of five. Her parents Ashok Gudlamanu and mother Maheshwari encouraged the youngster and soon she started delivering results.

She won her first national title at the age of nine and a constant support from family, school and well-wishers ensured Aditi stayed on course.  Aditi turned professional in 2016 after playing and winning lot of tournaments in amateur circuit.

At 18, she was the youngest golfer to play in 2016 Rio Olympics among both men and women.  Before Tokyo things were not that smooth for Aditi Ashok.  She tested positive for COVID-19 in May and managed to play a few tournaments during that period.

Aditi said she recovered from COVID-19 but it did affect her health.

"It took a little bit of strength out of me. I was never this short (distance off the tee). I was always short but not like 50 behind Nelly and 50 behind Nanna. But apart from the distance this year has been kind of the best I've had with my short game," Aditi said.

She clinched Hero Indian Open and then followed it up with Qatar Ladies Open. Ranked 200th in the world, Aditi now has a great chance of adding an Olympic medal to her achievements.  (with inputs from Agencies)