Venkatesh Iyer, who is an all-rounder with Kolkata Knight Riders and plays domestic cricket for Madhya Pradesh, has been selected in the Indian T20 side for a three-match series against New Zealand starting November 17 at home. 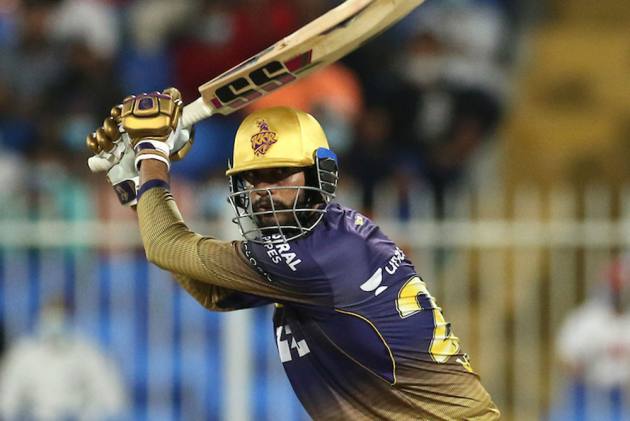 Kolkata Knight Riders opener Venkatesh Iyer has been the find of Indian Premier League 2021. Virtually an unknown quantity until the first leg of this season’s tournament, Iyer emerged as a beacon of light for Kolkata Knight Riders in the UAE leg of IPL this year.  (More Cricket News)

His immediate stardom and rise to the ranks, completely based on his performances, received a huge boost, when Iyer was named in the Indian T20 squad on Wednesday, led by new captain Rohit Sharma, for the three-match series against touring New Zealand starting later this month in Jaipur.

It was Venkatesh Iyer, who played a massive role in KKR entering Friday’s IPL final against Chennai Super Kings. Opening the batting, the left-handed Iyer scored a brilliant fifty and his contribution with Shubman Gill in the powerplay proved decisive in the close encounter with Delhi Capitals on Wednesday night.

Making his IPL debut against Royal Challengers Bangalore in Abu Dhabi, Iyer’s 41 not out caught everyone’s eye. Virat Kohli, the RCB and Indian captain, was impressed too and had a chat with the gangling all-rounder.

The conversation with Kohli seems to do wonders and the Indore-born youngster went on to make his maiden IPL fifty in the very next match against Mumbai Indians. The confidence and freedom with which Iyer batted were praiseworthy and he even clouted Trent Boult for a six.

From thereon, there has been no looking back for the 26-year-old Iyer as he and Gill formed the backbone of KKR, giving good starts in almost every game. Iyer’s batting style, the kind of aggression he possesses, fits strongly with the KKR setup – exactly what coach Brendon McCullum and captain Eoin Morgan wanted.

A die-hard fan of former India captain Sourav Ganguly, Iyer started batting right-handed but shifted to left only because his love for ‘Dada’. Iyer made his T20 debut against Railways in 2015 before making List A debut against Saurashtra the same year.

Tagged as a studious lad by his teachers – on and off the field – Iyer is a Commerce graduate and even decided to pursue Chartered Accountancy. But after passing the CA Intermediate examinations, Iyer decided to dropout and enrolled himself in an MBA in finance to allow him to pursue cricket further.

With his studies going on simultaneously, Venkatesh Iyer also made his first-class debut for Madhya Pradesh in the 2018–19 Ranji Trophy. Iyer also boasts a 146-ball 198 in a Vijay Hazare Trophy game earlier this year against Punjab. The knock included 20 boundaries and seven sixes.

Iyer’s performances also earned him praises from two-time World Cup-winning Australian captain Rickey Ponting. “I think they have actually found a really good player in Venkatesh Iyer. He looks like someone that could be a terrific player for Kolkata and maybe even India in the future.”

With Ganguly expected to be in the stands in Dubai during the KKR versus CSK IPL 2021 final on Friday, the young man from Madhya Pradesh– 320 runs from nine matches – stands a great chance to impress his idol and even meet him in person.

Iyer’s impressive performances were quickly recognised by the Indian selectors, who asked him to stay back and assist the Indian T20 World Cup squad at the nets. Venkatesh Iyer is a handy right-hand medium pace bowler too.