Why Are You Not Holding Elections? Chief Justice Sharad Bobde Asks All India Football Federation

AIFF hearing in Supreme Court put off by a week after Solicitor General of India Tushar Mehta, appearing for sports ministry, wanted an adjournment 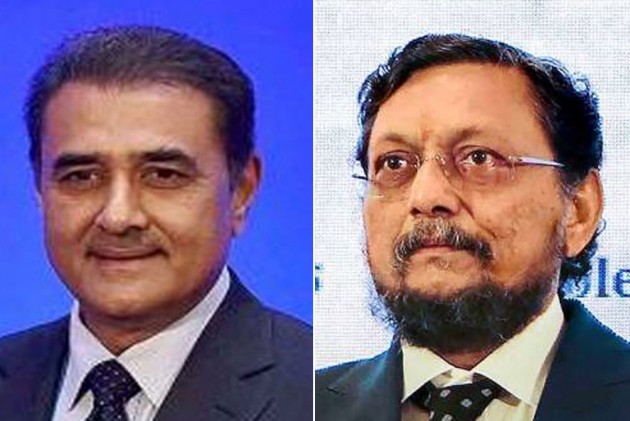 In a dramatic turn of events, Monday's Supreme Court hearing on the extension of tenure of All India Football Federation (AIFF) office bearers, was postponed after Solicitor General of India Tushar Mehta, appearing for the Union sports ministry, prayed for a week's adjournment. (More Football News)

But before the Bench agreed to adjourn the hearing, Chief Justice of India Sharad Bobde, heading the three-member Bench consisting of Justice A.S. Bopanna and Justice V. Ramasubramanian, asked in his opening remark as to why the AIFF was not holding elections (when the tenure of the executive committee, headed by president and former minister Praful Patel, had ended on December 21, 2020).

CJI Bobde's opening remark was a clear indication that the Bench had come prepared to dispose the matter. Given the urgency of the case, the Bench initially wanted to adjourn till Tuesday but Mehta caught everyone by surprise when he asked for a week's adjournment.

The Supreme Court hearing comes in the wake of a Special Leave Petition filed by former football international Kalyan Chaubey, praying that there should either be fresh elections or an ad-hoc body appointed till new office-bearers are elected in the national football federation.

Patel has completed 12 years as AIFF president and the current executive committee too has completed its four-year term. According to the  National Sports Development Code of India 2011, elections are due in the football federation.

Dr Amaresh Kumar, appearing on behalf of Chaubey, said Mehta asking for an adjournment was "quite shocking."

"It suited the AIFF counsel (Mukul Rohatgi). He did not say a word...delaying tactics will suit the football federation officials who want to stay in power by any means," said Kumar, who is an expert on sports laws.

That AIFF was flouting the National Sports Code 2011 was first raised by well-known lawyer Rahul Mehra on November 14, 2017. But the matter has been gathering dust much to the advantage of the AIFF office-bearers.

On November 10, 2017, the Supreme Court had formed a Committee of Administrators comprising former Chief Election Commissioner of India, SY Quraishi and former international goalkeeper Bhaskar Ganguly to file a draft constitution within "eight weeks." Till date, the apex court has no record of any report from the CoA.

"There seems to be some collusion between the AIFF and the sports ministry. We fail to understand why Tushar Mehta is delaying things when he should have been upholding the fundamentals of the National Sports Code and asking for elections," observed Amaresh Kumar.

In his petition, Chaubey said Quraishi and Ganguly have betrayed the faith of the Supreme Court. Kumar hints that all this could have been deliberate and pre-planned.

The Supreme Court website says that the next date of hearing is January 11 but Chaubey's counsel Kumar is not so sure.

Mehta's role has clearly raised eyebrows but Justice Bobde's first stroke gives much hope to Chaubey and many state federations who want fresh elections in AIFF.