A settled Indian cricket team lacked intent against a fiery Pakistan side. The fire to break a jinx burnt bright in Babar Azam's team in Dubai on Sunday. 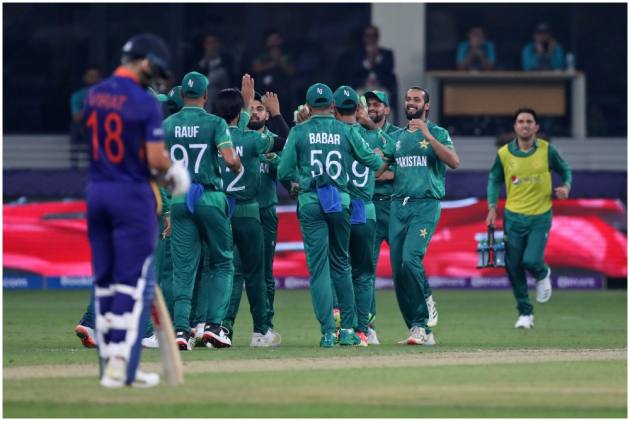 The much-hyped ICC Men's T20 World Cup affair between India vs Pakistan turned out to be a horrendous Sunday night for Virat Kohli and his boys as Pakistan broke the 29-year-old jinx and outclassed India at Dubai by 10 wickets. (IND v PAK HIGHLIGHTS)

Although team India looked settled on paper for their T20 World Cup 2021 opener, the pressure and nerves had not settled.

The buzzing Dubai international stadium that was packed with fans, high-profile ex-cricketers, administrators, and Bollywood VIPS were left shocked when Shaheen Shah Afridi’s magical spell caught experienced Rohit Sharma, who is known for his shaky starts, in front for a duck on the fourth ball of the first innings.

Everyone’s pick KL Rahul, too, succumbed to a fiery Shaheen Afridi. The middle-order led by Virat Kohli (57) tried to shrug off the mounting pressure but barring the captain, no one could actually settle in.

The attacking duo of Suryakumar Yadav and Rishabh Pant played second fiddle to their captain but the regular fall of wickets at the other end left Kohli helpless.

The intent with which Pakistan had come in for the contest and their body language was simply far better than India throughout the match.

Despite having big names and match-winners in the line-up, India had no answers to a professional Pakistan.

"They (Pakistan) definitely outplayed us. Their brilliant bowling in the first six overs didn't allow us to get those extra runs.

"We know how exactly the game went and where it went wrong and we have absolute clarity of that. That's a good thing to know where you went wrong,” said Virat Kohli who had no qualms in admitting that India was outplayed.

The all-rounder-turned specialist batsman Hardik Pandya could not do justice to the faith the management had put in him. Already not bowling, Hardik struggled with the bat too. Pakistan reduced India to 151/7 with their brilliant slower balls and all-around fielding.

With the dew coming in the second innings, the Indian bowlers struggled with their line and length. Pakistan skipper Babar Azam and wicketkeeper-batter Mohammad Rizwan took advantage of short and loose balls and hammered the Indian seamers and spinners all around the park.

Babar Azam (68*) and Mohammad Rizwan (79*) kept India under pressure and did not let them come into the game at any stage.

"The more dew came in towards the second half of the Pakistan innings, and they were able to rotate strike. We weren't even able to get dot balls in because the pitch was obviously providing a bit more pace for the batsmen to work with. The slower balls were not holding up as much," said Kohli.

Although Pakistan made a statement with their thumping 10-wicket victory, the World Cup record between the two sides stands 12-1 in favour of India.

Pakistan will next take on their other neighbouring country, Afghanistan, on October 29, while India will meet New Zealand on October 31 in their Group 2 matches of the Super-12 stage.