Rahul Tripathi has contributed well to KKR's top-order batting. Meeting CSK in the IPL 2021 final will be reviving some old memories. 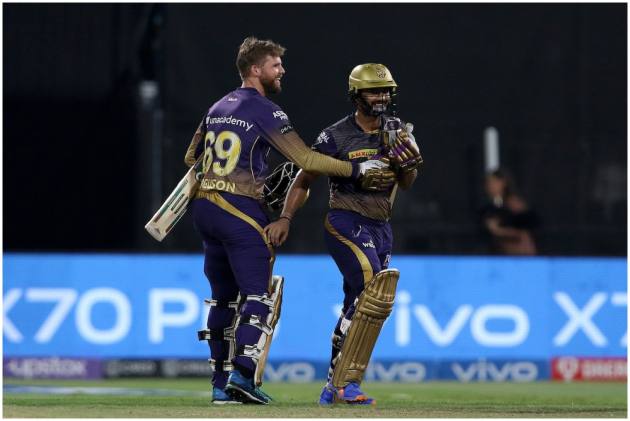 When Rahul Tripathi walks in for the IPL 2021 final against Chennai Super Kings on Friday in Dubai International Cricket Stadium, the Maharashtra lad would be reminiscing about the only other final he played four years ago under MS Dhoni.

That day – May 21, 2017 – at the Rajiv Gandhi International Stadium in Hyderabad, Rahul Tripathi was undone by a Jasprit Bumrah delivery for an eight-ball three as now-disbanded Rising Pune Supergiant lost to Mumbai Indians by one run.

Fast forward to October 2021 in UAE, Tripathi will once again be gearing up for another IPL final – this time for Kolkata Knight Riders – but against MS Dhoni in the opposite camp, Chennai Super Kings. Surely, the 30-year-old will definitely be eager to make a mark.

If anyone has provided stability to this Kolkata Knight Riders (KKR) batting line-up after Shubman Gill and Venkatesh Iyer, it has to be Rahul Tripathi. At a time when the KKR's middle-order has looked wobbly, Rahul Tripathi has shouldered the responsibility to great effect often balancing captain Eoin Morgan’s poor form with the bat.

On Wednesday Tripathi proved why he is one of KKR's go-to men. Coming into bat at No.4, KKR were in a commanding position to win Qualifier 2 against Delhi Capitals before suffering a middle-order collapse.

It was Rahul Tripathi who kept his cool and composure to hit Ravichandran Ashwin for a six in the fourth ball of the final over to clinch victory. His counter-attacking stunt en route to a 42-ball unbeaten 74 against Mumbai Indians this season is also worth mentioning.

ALSO READ: Who is Venkatesh Iyer

With 395 runs from 16 matches this season, Tripathi, who plays domestic cricket for Maharashtra, has led the KKR resurgence in the IPL 2021 UAE leg and established themselves as one of the title contenders this season.

Ranchi-born Rahul Tripathi first caught everyone’s when he made his presence felt with Rising Pune Supergiant in the 2017 IPL season scoring 391 runs.

In what is expected to be a well-contest IPL 2021 final, Tripathi gives KKR a lot of belief and strength. Eoin Morgan's KKR have to rise to the occasion tonight if they want to their third IPL trophy. KKR had lost both their round-robin games against CSK this season.

caption: Rahul Tripathi helped Kolkata Knight Riders cross the line in a nervy finish against Delhi Capitals in IPL 2021 qualifier 2 in Sharjah on Wednesday. He will be a key man for KKR in the IPL 2021 final vs Chennai Super Kings. Photo: BCCI-IPLRuturaj Gaikwad – Neighbour’s Envy, Chennai Super Kings' Pride