Sachin Tendulkar was not amused with MS Dhoni's batting intensity against Afghanistan in a Cricket World Cup match that India won narrowly. 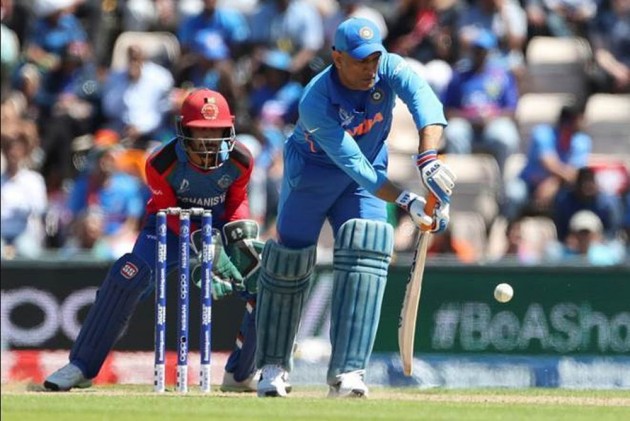 Sachin Tendulkar was left disappointed by India's batting display against Afghanistan and said that MS Dhoni should have shown more intent against Rashid Khan & Co, during their nail-biting Cricket World Cup clash at The Rose Bowl, Southampton on Saturday (June 22). Big brothers India escaped to a narrow 11-run win after Mohammed Shami struck a rare hattrick in the final over. (POINTS TABLE | FULL SCHEDULE)

"MS Dhoni is a senior player and should show positive intent. Afghanistan's bowling is good but you can't score only 119 runs in 34 overs. He did not show any positive intent against Afghanistan,” Tendulkar told India Today in a rare outburst at his former captain. Tendulkar by nature is non-controversial but his slamming Dhoni for lack of intensity is quite striking.

Dhoni and Kedar Jadhav added 57 off 84 for the fifth wicket, thus slowing down the proceedings considerably in the middle overs. Dhoni, in particular, found the going tough, scoring just three fours in his innings. He scored 28 off 52 - at a strike rate of 53.84 - before being stumped off Rashid.

"Dhoni has the ability to hit but his strike rotation was not good (on Saturday). He faced too many dot balls and this hampered a strong finish for India," Tendulkar said.

"The intent could have been much better by the middle-order batsmen.

"I believe MS Dhoni needs to up his ante when it comes to strike rotation in the next matches."

India were eventually restricted to 224/8. In reply, Afghanistan were bowled out for 213 after Shami and Jasprit Bumrah choked the middle and lower order batsmen with some telling yorker-length deliveries.

With Shikhar Dhawan being ruled of the tournament due to a fractured thumb and KL Rahul promoted to open, India seem to lack firepower in their middle-order.

There’re no doubts about Vijay Shankar’s credentials but when it comes to accelerating towards the end, India need more support for Hardik Pandya, who showed what he’s capable of with a 27-ball 48 against Australia at The Oval a couple of weeks back.

This is where Rishabh Pant, who has been drafted into the squad as Dhawan’s replacement, could find himself in the playing XI in the upcoming matches. With a strike-rate of 104.87 in List A cricket, the 21-year-old Pant could release the pressure off Dhoni’s shoulders, thereby creating an opportunity for the 37-year-old to play his natural game.