Continuing his love affair with Port of Spain, Bhuvneshwar Kumar took four wickets to help India beat West Indies in the second ODI at Queen's Park Oval, and garnishing his performance was a blinder of a catch 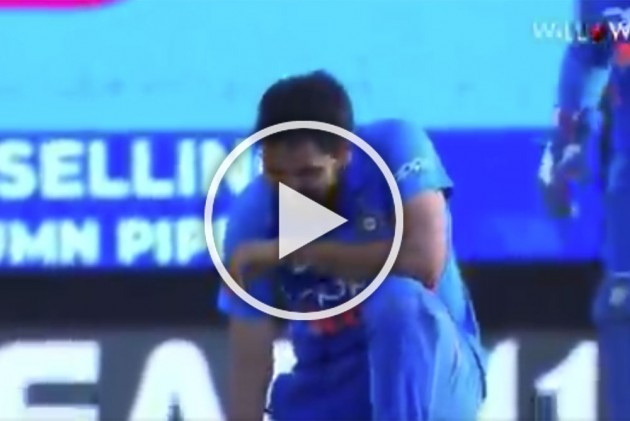 India's pace spearhead Bhuvneshwar Kumar continued with his love affair with Port of Spain in Trinidad by taking a rich haul of four wickets to help India beat the West Indies by 59 runs via Duckworth-Lewis method early Sunday morning.

The 29-year-old from Meerut now has 15 wickets in six ODIs at the Queen's Park Oval. But during Sunday's match, the pacer took a blinder of a catch to make the venue even more endearing.

Defending 279, West Indies were in the match until he took a double in the 35th over, those of Nicholas Pooran and Roston Chase. Pooran, who was batting beautifully on 42 off 52 balls, attempted a heave but ended up offering an easy catch to India captain Virat Kohli at mid-wicket.

Then came Chase. The new batsman offered a return catch to Bhuvi, who needed to dive full length on his follow-through to complete it. And he did it brilliantly.

The win helped India take a 1-0 lead in the three-match series. The first ODI between the two sides was washed out.

The third and final ODI will be played at the same venue on Wednesday. And he will hope to continue his love affair.