Virat Kohli entered the second ODI against the West Indies needing 19 runs to overtake former Pakistan batsman Javed Miandad's record, and the Indian captain achieved the feat in the sixth over 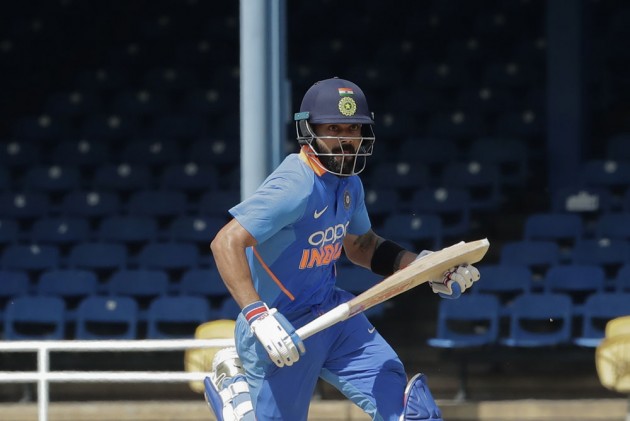 Indian captain Virat Kohli on Sunday broke Pakistan great Javed Miandad's 26-year-old record to become the highest run-scorer against West Indies in ODI cricket during the second match of the ongoing series in the Caribbean.

The Indian captain took a single off the second ball of the sixth over to reach 20 in 20 balls and break Miandad's record. This is Kohli's 34th innings against the Windies.

The prolific Indian captain has so far hit seven hundreds against the West Indies and has an average of over 71 in ODIs against the Caribbeans.

Kohli played his first ODI against West Indies in the 2009 Champions Trophy in Johannesburg in which he scored an unbeaten 79. His first hundred against the West Indies came in 2011 in Visakhapatnam.

Kohli's domination against the West Indies can be gauged from the fact that he struck four back-to-back centuries against them between July 2017 and October 2018.

India won the toss and opted to bat first at Port of Spain today.

The Indian captain did not get to bat in the first ODI of the series as West Indies had batted first and only 13 overs could be bowled before rain in Providence ensured that the match was washed out.