Virat Kohli broke into an impromptu jig to the tune of local music, initiating other players like Chris Gayle and Kedar Jadhav as the rain play spoilsport during the first ODI match between West Indies and India at Providence, Guyana 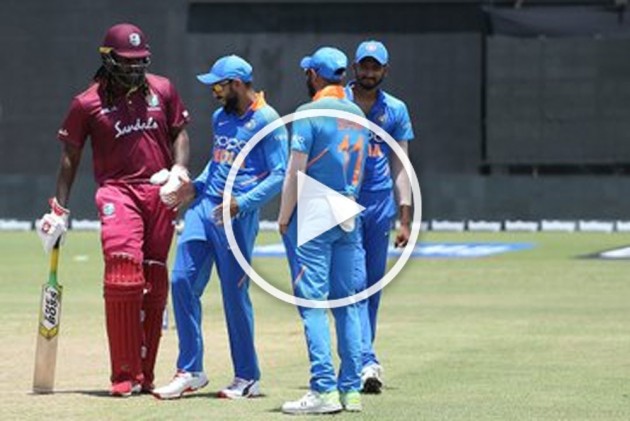 As rain play spoilsport during the first ODI match between West Indies and India at Providence, Guyana on Thursday, cricketers indulged themselves into some offbeat activities, and leading the chorus was ever active Virat Kohli.

1st ODI - As It Not Happened | Cricket News

The Indian skipper broke into an impromptu jig to the tune of local tunes, initiating other players in the field to join the fun with him. In one viral video shared by a fan, the 30-year-old was seen dancing with an equally affable Chris Gayle. India all-rounder Kedar Jadhav too caught up his skipper later.

Impressed with the 'performance,' the Indian cricket board (BCCI) shared photos from the gig, with a caption which read: "When in the Caribbean, breaking into a jig be like".

Unfortunately, the match was called off after just 13 overs due to incessant rain. The toss was delayed, then it was reduced to a 43-overs-a-side affair.

The two teams will then meet in a two-match Test series, which will be a part of the newly introduced ICC World Test Championship.