A total of five Ireland players are in isolation at present. Paul Stirling, Simi Singh and Ben White had earlier tested positive for the virus and missed the first ODI. 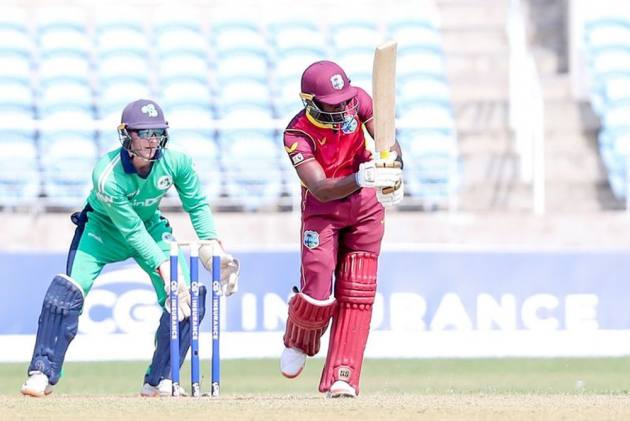 Ireland was too depleted to play after two more positive coronavirus cases in camp plus two players becoming injured, Cricket West Indies and Cricket Ireland said in a joint statement on Monday.

No names were mentioned, but the Irish have five players in total isolating. Paul Stirling, Simi Singh and Ben White tested positive last week and missed the first ODI on Saturday, when the host won by 24 runs.

The boards were reviewing the schedule and hoping to complete the ODI series. The third and last match is scheduled for Friday. A one-off Twenty20 was down for Sunday. All are at Sabina Park in Kingston.

Ireland's tour of the United States and West Indies has been badly disrupted.

A three-ODI series against the US from December 26-30 was cancelled after virus cases, initially, among the match officials. A member of the Ireland staff and several US players tested positive before the second ODI. Cases spread and both teams came to be considered close contacts, forcing the series to be called off.

"Cricket West Indies (CWI) and Cricket Ireland (CI) issued a joint statement after two further positive COVID-19 cases were reported in the Ireland camp following recent testing, and two players being ruled out due to injury, resulting in Ireland having a severely depleted squad.

The second One-Day International scheduled for Sabina Park on Tuesday, January 11 has therefore been postponed," the joint statement read.

"CWI and CI are in discussions to review the match schedule and are working to explore all possibilities for the series to be completed."

The five members of the Ireland team who have returned positive COVID-19 results remain in isolation under the care and supervision of the medical teams.