Defending a moderate total of 160-6, Wanindudu Hasaranga, Akila Dananjaya and Danushka Gunathilaka took eight wickets, bowling out the West Indies for 117 in 18.4 overs. 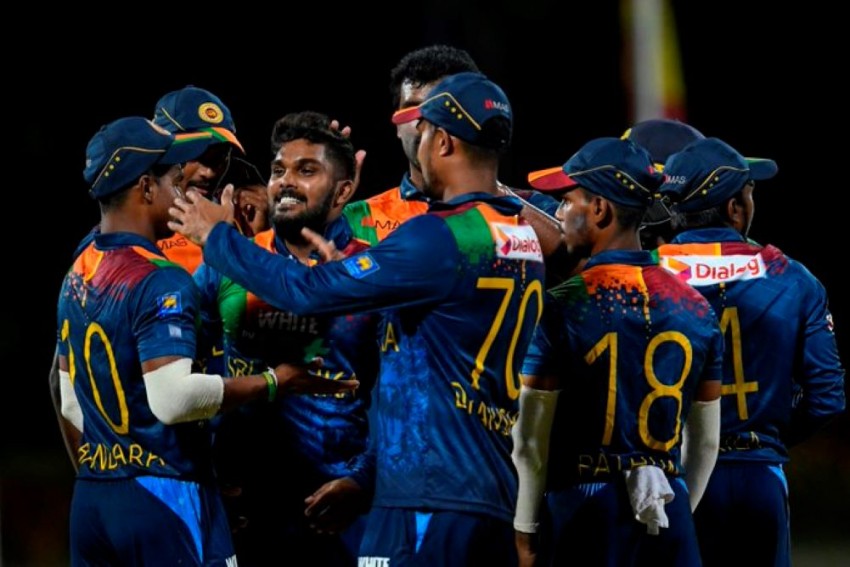 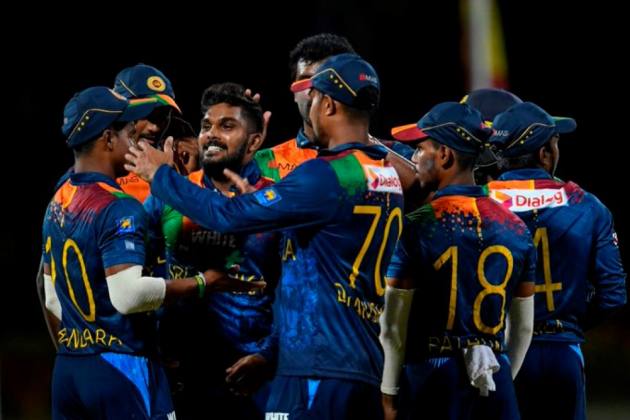 Sri Lanka's spinners bowled the tourists to a 43-run win over the West Indies in the second Twenty20 cricket international on Friday, leveling the three-match series at 1-1. (More Cricket News)

Defending a moderate total of 160-6, Wanindudu Hasaranga, Akila Dananjaya and Danushka Gunathilaka took eight wickets, bowling out the West Indies for 117 in 18.4 overs.

Sri Lanka stacked its lineup with four spinners for the must-win match at Coolidge and the tactic paid off on a slow pitch which made big hitting difficult. The West Indies were unable to maintain any scoring momentum as wickets tumbled regularly.

Dananjaya, who made history twice in the first match of a series — taking a hat-trick and conceding six sixes in one over — set the tone of the West Indies innings when he bowled his four overs in succession in the power play, taking 1-13.

Left-arm wrist spinner Lakshan Sandakan, who missed the first match of the series, took 3-14 from 3.4 overs, including the vital wicket of West Indies captain Kieron Pollard for 13.

It was Pollard who won a place in history two days ago by becoming only the third cricketer to hit six sixes in an over in an international match, striking 38 from 11 balls.

He held himself back on Friday, coming in at No. 7 but also found the pitch difficult to come to grips with, managing only 13 from 15 balls with one six.

Sandakan removed him with a wider delivery which Pollard looked to hoist over cover but which took a thick edge and flew to the cover sweeper.

Hasaranga was named man of the match for his 3-17 from four overs and his unbeaten 19 in Sri Lanka’s innings.

He bamboozled the West Indies batsman with the variety of his wrist spin, his line and flight, dismissing Lendl Simmons (21), Chris Gayle (16) and Fabian Allen (12). His googly, difficult to pick, accounted for Simmons and Allen, who fell lbw.


"The wicket was slow and I was trying to bowl without giving too many boundaries and keeping a good line and length," Hasaranga said.

"Akila (Dananjaya) bowls with the new ball and I always bowl after the power play so I have to concentrate on line and length. I prefer to play that role."

Sri Lanka captain Angelo Mathews made a good decision when he elected to bat on winning the toss. Openers Danushka Gunathilaka and Pathum Nassinka gave the tourists a strong start, putting on 95 for the first wicket in the best partnership of the match.

Nissanka was run out for 37 in the 11th over and Gunathilaka went on to his half century from 35 balls before falling in the same over with the total 96-2.

The remainder of the Sri Lanka batsmen struggled with the best subsequent efforts coming from Ashen Bandara who made 21 from 19 balls and Hasaranga whose 19 came from 11 deliveries.

Dananjaya kept the West Indies batsmen tied down early: the home team struggled to 25-1 after five overs. Hasaranga then removed Simmons and Gayle in the same over — the seventh — accounting for two of the West Indies most dangerous players.

The threat of Pollard hung over the match until late and Sri Lanka was jubilant when he fell relatively cheaply.

Obed McCoy hit 23 from only seven balls batting at No. 10, too late to change the outcome of the match.

The deciding match of the T20 series is on Sunday. The teams will also play three one-day games followed by two test matches.

Liverpool Boss Jurgen Klopp: I Know That We Have Loyalty