Get live streaming details of West Indies vs Sri Lanka. Both teams have little chance of entering the semifinals of T20 World Cup 2021. 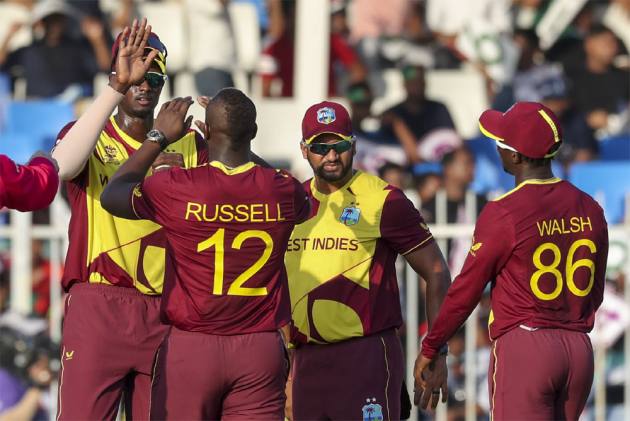 Defending champions West Indies would be aiming for survival in the ongoing in the ICC Men's T20 World Cup 2021 when they take on Sri Lanka in Abu Dhabi on November 4. The match between the West Indies and Sri Lanka will be live telecasted as well as live streamed on digital devices from 7.30 PM IST.

The chances for the Caribbean side of reaching the semifinals look very slim but they aren’t out of the race just yet. However, West Indies need to address their batting woes besides hoping that both Australia and South Africa lose their upcoming games.

West Indies looked almost out of the race when they lost two back-to-back matches. The team bounced back, perhaps managed to revive their campaign with a three-run win over Bangladesh.

The Caribbean side needs to not only win their remaining two matches to stay alive in the competition but require dominant victories in order to make their net run rate healthy, which is currently the worst in Group A.

The live streaming of the West Indies vs Sri Lanka match will be available on Disney+ Hotstar. Toss is at 7 PM and the first ball at 7:30 PM IST.

On the other hand, Sri Lanka, who started off their campaign with a victory, slumped to their third consecutive defeat. With just one last game of the Super-12 left for them, Sri Lanka have an opportunity to finish off with a maximum of four points.

Although those points would not take them to the semifinals they are in a position to crash the Caribbean party and conclude the tournament on a happy note.