Willian addressed his future at Chelsea, with the 31-year-old set to become a free agent at the end of June 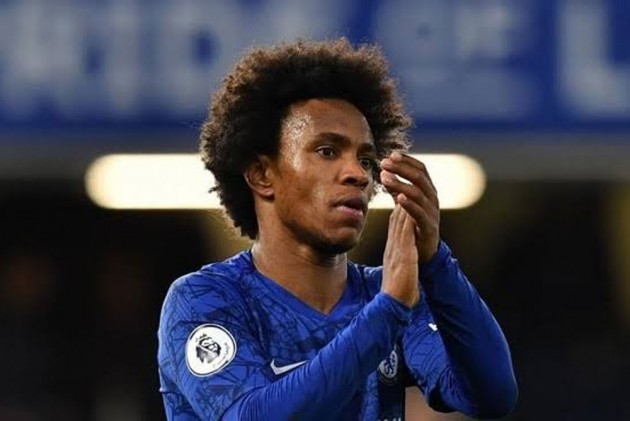 Chelsea star Willian believes it will be "very difficult" to sign a new contract as he heads for a Stamford Bridge exit. (More Football News)

Willian is out of contract at the end of June and his future is unclear amid the coronavirus pandemic, with the Premier League season suspended.

The 31-year-old, who arrived from Anzhi Makhachkala in 2013, wants a three-year deal but Chelsea have been unwilling to meet his demands.

Linked with La Liga champions Barcelona previously, Willian told Fox Sports Brasil show Expendiente Futebol: "Everyone knows my contract is up in a few months and it looks like it'll be very difficult to secure an extension.

"I think it's unlikely that I'll renew because Chelsea offered me a two-year deal, I asked for three and it ended there.

"There were no more talks or negotiations. Chelsea said that three years would be impossible, so at the moment it seems unlikely that I'll extend, but nothing is impossible.

"We don't know what might happen. We might suddenly reach an agreement, but what I can say today is that my contract is up and I'll be free to negotiate with any club."

"I've built something fantastic at Chelsea," he added.  "I'm especially fond of the fans and the people that work there, and I've felt very settled."