Wimbledon has thrown up some of the great sporting drama, but the state of the world means we must wait until 2021 for the next instalment 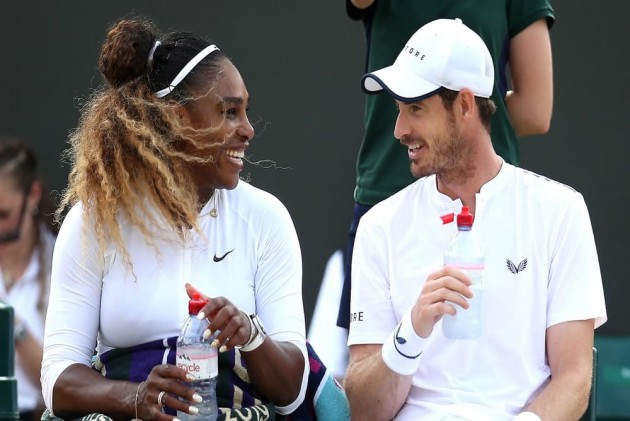 Wimbledon should have been getting under way on Monday and the queue would have been building all weekend long, a tented village of flag-waving, gin-swigging tennis diehards doing whatever it takes to land a prized ticket.

The practice courts would have been bustling, news conferences with the world's elite players running all day Saturday and into Sunday, and the first bumper delivery of fresh strawberries would have arrived fresh from the fields of Kent.

Elite athletes and their entourages would have been milling around the grounds, before at 10.30am on Monday morning the paying spectators would have been released from their holding bay, many racing straight to the grass bank that is officially named Aorangi Terrace but better known as Henman Hill.

And at 11.30am, the first players would have been walking on court, the championships getting under way. To be there at such a time is a delicious thrill, the waiting over, the grounds teeming, the first points being played, and the anticipation escalating as to what might unfold over the next fortnight.

Yet this year Wimbledon was all quiet across the weekend; thousands did not queue for tickets; the line painters, the stewards, and the ball boys and ball girls stayed at home; and a whole lot more strawberry jam is being produced in England this year than last.

The 2020 championships were cancelled on April 1, the only reasonable decision available to the All England Club amid the coronavirus pandemic, but organisers are already preparing for next year's return.

And from the plot lines that are already emerging, it is clear we can expect a classic Wimbledon.

A farewell to great champions?

There is the very real prospect of tennis losing a huddle of its biggest stars practically all at once, with anyone that was considering bowing out this year surely now giving the glad eye to 2021.

Roger Federer will be just weeks short of his 40th birthday by next year's Wimbledon, and the same applies to Serena Williams, whose sister Venus will already be 41.

Andy Murray will be a relatively young 34 but his body has taken a battering, the Scot desperate to play more grand slams but also realistic enough to know there may not be many left for him. He longs for another Wimbledon, maybe just one more.

Between them, that quartet have won 22 Wimbledon singles titles, and all four could choose the 2021 tournament as their opportunity to bid farewell to the All England Club.

It's going to be an emotional tournament in any case, if we are back to normal, but if there are goodbyes to be said too, the championships promise to be one packed with indelible memories, and so many tears.

Serena Williams has lost each of the past two Wimbledon women's finals and has been stuck on 23 grand slams since winning the 2017 Australian Open, agonisingly one short of Margaret Court's record.

Could Wimbledon be where Williams matches or even passes Court's total? The American remains the player to beat at Wimbledon, and her hunger for grand slam success has not remotely diminished over time.

There can be little doubt she is playing not purely for the love of it, but because of the thrill of the chase, and Williams might wind up disappointed at the end of her career, still marooned one adrift.

But what a story it would be if Williams were to win another Wimbledon, the last of her thirties. Don't put anything past her.

And the race to finish as the all-time leader on the men's side keeps rolling, a devil of a duty to predict who will come out on top between Federer, Rafael Nadal and Novak Djokovic.

Another Wimbledon win for any of them could take on momentous significance in that respect.

The last player to win the Wimbledon's men's singles, besides the 'Big Four' of Federer, Nadal, Djokovic and Murray, was Lleyton Hewitt in 2002.

And while the era of those four great players dominating in SW19 has been one to treasure, seeing a new champion crowned would be rather special.

There have been nine winners of the women's singles over the same period of time, multiple champions among them but also terrific one-off stories such as Marion Bartoli's triumph, the 17-year-old Maria Sharapova's big breakthrough, Amelie Mauresmo's great achievement, and the unbridled joy of Simona Halep last year.

Certainly there is so much to admire about the quartet that have ruled the men's singles, but a little novelty feels overdue.

Those queueing up to form a new dominant group need to push themselves forward, rather than play a waiting game.

What a revelation Coco Gauff became last year, defeating her great hero Venus Williams and reaching the fourth round, where it took eventual champion Halep to halt the 15-year-old's run.

She dramatically followed up by reaching the third round of the US Open and then round four of the Australian Open at the start of this year.

Between those two grand slams, Gauff also landed her first WTA title, in Linz, Austria, where she became the youngest winner on tour for 15 years.

The American teenager is the real deal, that much is clear, and she has a bright future.

Gauff demonstrated wisdom beyond her years off the court in early June with a terrific, powerful address at a Black Lives Matter rally in her Florida home town of Delray Beach.

May she return many times to Wimbledon.