Pliskova lost only 13 points on her serve as she beat unseeded Viktorija Golubic 6-2, 6-2 to advance to the semifinals. 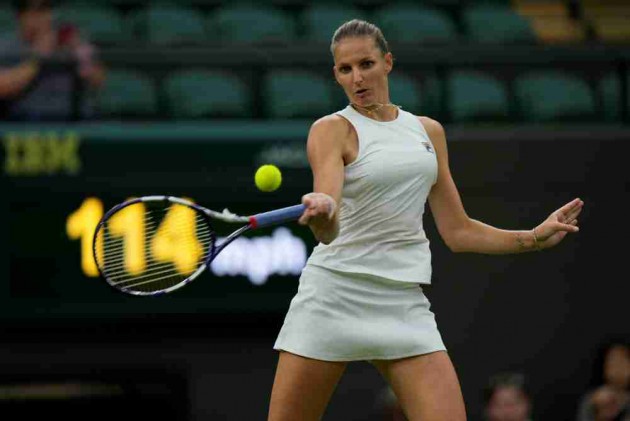 Karolina Pliskova finally had a chance to play in a Wimbledon quarterfinal, and she made the most of it. (More Sports News)

The tour veteran lost only 13 points on her serve and beat unseeded Viktorija Golubic 6-2, 6-2 to advance to the semifinals.

Pliskova, who is seeded eighth, erased all three break points she faced. The Czech has been broken only three times in the tournament and has yet to drop a set.

Pliskova was the U.S. Open runner-up in 2016, but this is her deepest run at a Grand Slam since early 2019. She is playing at Wimbledon for the ninth time and had never previously been beyond the fourth round.

An overnight break helped No. 14-seeded Hubert Hurkacz of Poland rally past No. 2 Daniil Medvedev to earn the last quarterfinal berth at Wimbledon.

The versatile Hurkacz won 50 points at the net, including 10 when playing serve and volley. He became a first-time Grand Slam quarterfinalist, and his opponent Wednesday will be his idol, Roger Federer.(AP)