Wimbledon 2021 Final, Live Streaming: When And Where To Watch Novak Djokovic And Matteo Berrettini Title Clash 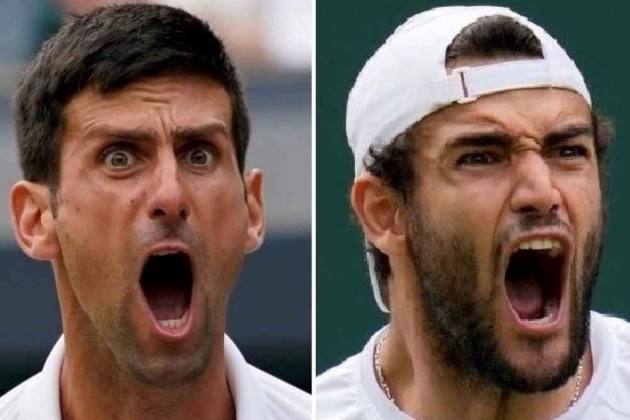 Djokovic is on the verge of the historic 20 Grand Slam titles which would tie him with Roger  Federer and Rafael Nadal. This is the first time that Djokovic has managed to reach the final losing just one set. In his previous wins in 2013, 2015 and 2019, he won losing two sets en route to the title.

Berrettini has created quite a sporting Sunday in London for Italy.

After he plays in the Wimbledon final that afternoon — the first for a man from his country in a title match at any major since Adriano Panatta won the 1976 French Open — Italy will meet England at Wembley Stadium in the final of European Championship that night.

Matteo Berrettini: My hope for Sunday is to try to go on the court with my head held high, play my game and see what happens. I don't want to think that it’s already a win just to be there, that I can be satisfied with that, because that’s not what I’m made of. I always want more

Novak Djokovic:  It (Winning) would mean everything. That's why I'm here. That's why I'm playing. The biggest challenge and the biggest task is always how to be present and how to stay in the moment regardless of the possibilities, the hypotheticals, and various options that are out there

~ Djokovic has a 32-4 win-loss record in 2021 and is aiming to win his third Grand Slam of the year after having won Australian Open and French Open.

~ This will be Djokovic’s seventh Wimbledon final

~ This is the Berrettini’s first time in Wimbledon final.

Where to watch Wimbledon 2021 live in India?

Live streaming: Will be available in India on Disney+ Hotstar.