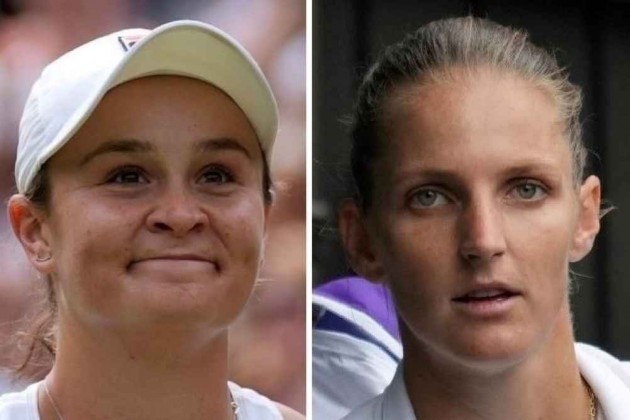 There is little that can affect World No 1 at Wimbledon . She is the first top seed to reach the final in five years. Barty defeated  2018 champion Angelique Kerber 6-3, 7-6(3) in the first semi-final. (More Sports News)

Barty is the first woman from Australia to reach the title match at the grass-court major since Evonne Goolagong in 1980. The 25-year-old Barty won the 2019 French Open for her first Grand Slam title and will be eyeing her second major trophy.

Her opponent on Saturday will be No. 8 Karolina Pliskova.

Pliskova beat second-seed Aryna Sabalenka in three sets to move to her first Wimbledon final as she pursuits her first major title at the age of 29.

The Czech came from a set down after the Belarus player took the opener 7-5, and went on to win two sets 6-4.

Ashleigh, who will lead the Australian tennis contingent at the Tokyo Olympics this month, took an hour and 26 minutes to prevail over the German opponent.

Head-to-Head: Ash Barty leads Karolina Pliskova 5-2 in h2h count. Their most recent match was at the 2021 Stuttgart Open which Barty won in three sets.

Where to watch Wimbledon 2021 live in India?

Live streaming: Will be available in India on Disney+ Hotstar.