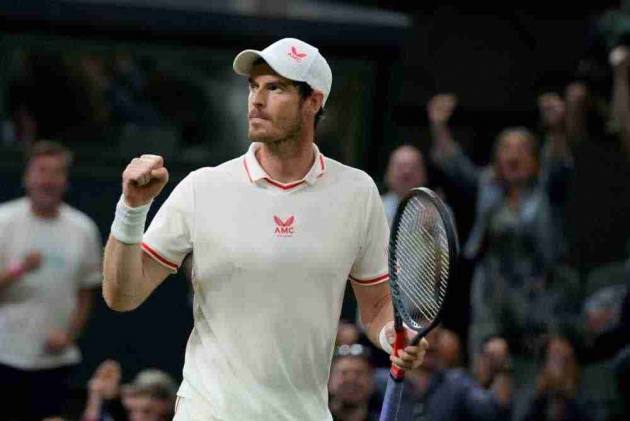 The Centre Court crowd roared when Andy Murray walked out onto the green grass for his first Wimbledon match in four years. He smiled and replied with a thumbs-up. (More Sports News)

That's when things got complicated for Murray, who won the title at the All England Club in 2013 — giving Britain its first male champion there in 77 years — and again in 2016, but since has needed two hip operations and dealt with other assorted injuries.

After wasting a pair of match points and ceding the third set, Murray — much to the fans' delight and, naturally, his own — pulled out the seesaw of a victory over Basilashvili by the score of 6-4, 6-3, 5-7, 6-3, eliciting more roars.

Those shouts just kept coming, interrupting the 34-year-old Murray while he did an interview on court.

“I'm enjoying it and I can still play at the highest level,” Murray said when he resumed speaking.

“He's ranked 28th in the world, and I've hardly played any matches. And I beat him.”

Sure did. But not without some hitches for the man who has been ranked No. 1 but is currently No. 118 after recently going three months without competing anywhere.

Murray was playing his sixth match of the season, 30 fewer than Basilashvili, whose Grand Slam highlight was a run to the fourth round of the 2018 U.S. Open.

“It's been extremely frustrating not being able to get on the court and I've had such little momentum over these last few years. And just kept trying, kept working hard in the gym, kept doing all the right things to get me back in this position,” Murray said.

“I feel very lucky I get to do it again.”

Up 5-0 in the third set, Murray was broken three times in a row and lost seven consecutive games. He twice was one point from winning while ahead 5-3 in that set, before briefly losing his way.

“That's never happened to me before in my career,” Murray said.

"But there are things that can happen when you haven't played any matches."

He said later he was dealing with fatigue and some doubts that crept into his mind.

There was a break after the third set so the arena's retractable roof could be closed to protect from rain.

Murray said he took a shower and went to the bathroom.

He also regrouped and regained control.

“A lot of players would have capitulated there,” Murray said.